US, UN call on Somali leaders to resume dialogue immediately

The US state department said in a statement that Washington commends Farmajo’s announcement to hand over the security and election responsibility to Prime Minister Mohamed Hussein Roble. 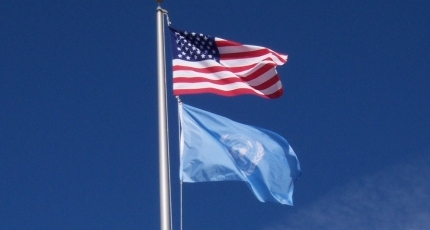 WASHINGTON, US – The US and United Nations have joined growing voices to support Saturday’s decision by Somalia’s Lower House chamber of parliament to terminate the two-year term extension.

The US state department said in a statement that Washington commends Farmajo’s announcement to hand over the security and election responsibility to Prime Minister Mohamed Hussein Roble.

After facing domestic and international pressure, Farmajo finally allowed the PM to lead efforts to finalize the Sep 17 agreement and oversee the implementation of the electoral process in Somalia.

“We call on the parties to the agreement to meet immediately without preconditions to finalize electoral arrangements and begin implementation in a collaborative and transparent manner,” reads the statement in part.

The United States which is a key ally in the fight against the Al-Qaeda-linked Al-Shabaab group said it stands ready to support the conduct of elections as soon as possible.

Meanwhile, the Secretary-General welcomed the decision of the Lower House of the Federal Parliament to nullify the “Special Law on Federal Elections” and return to the electoral modalities outlined in the 17 September Electoral Agreement.

The Secretary-General reiterates his call to all Somali stakeholders to resume dialogue immediately and forge a consensual agreement on the holding of inclusive elections without further delay. He stresses the importance of a broad-based consensus for the country’s stability.

Turkey, the EU, UK, IGAD, and other international partners have also welcomed the cancellation of Farmajo's term extension and urged the leaders to swiftly come together for talks to speed up the election process.