Who is the AU’s new envoy for Somalia?

African Union has a large number of troops in Somalia, helping the weak UN-backed government in the fight against Al-Shabaab since 2007. 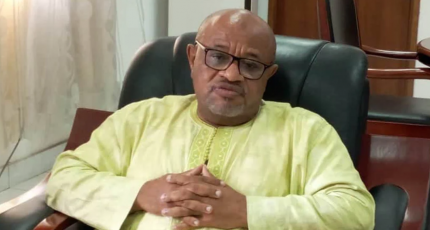 ADDIS ABABA - The Chairperson of the AU Commission, Moussa Faki Mahamat, has appointed Mohammed El-Amine Souef as his special envoy to Somalia and head of the African Union Transitional Mission (ATMIS).

Prior to this appointment, Mohamed El-Amine Souef is a Comorian diplomat has been a career diplomat and former foreign minister, ambassador to Egypt, and Permanent Representative to the Arab League. He once became a Senior Adviser to the President of Comoros.

In addition, Ambassador Souef, 60, also served as the Head of the Regional Office of the African Union-United Nations Joint Mission in Darfur (UNAMID) since April 2011.

This new appointment is effective from 1st September 2022," said Mahamat in a statement obtained by KON.

The former Prime Minister of Somalia, Mohamed Hussein Roble, expelled the former African Union Ambassador to Somalia, Francisco Madeira from Mozambique in April of this year, accusing him of being involved in matters outside of his duties and declaring him as persona non-grata the country.

African Union has a large number of troops in Somalia from Kenya, Burundi, Uganda, Ethiopia, and Djibouti, helping the weak UN-backed government in the fight against Al-Shabaab since 2007.