Youth: The Unused Potential Turning to be a Threat!

Human traffickers and violent extremist groups are prominent poachers of youth who entice them to the criminal world. This is triggered by widespread youth unemployment in the continent. 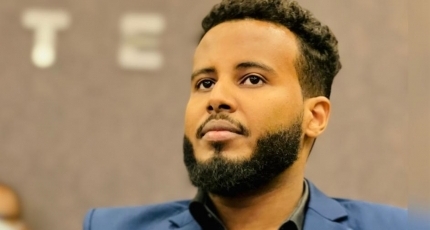 Africa, the continent with the youngest population of more than 400 million people lives in critical and challenging conditions, mainly caused by man-made factors and dysfunctional governmental systems that are prevalent in some countries affecting the living conditions of the African people. The youth who are vulnerable to the surrounding obstacles are struggling to have a better life in their motherland. They are pushed to commit illegal activities or would rather take up the risks of illegal immigration abroad in search of greener pastures.

The African youth faces a myriad of challenges that can be addressed if efforts are placed on them. Meanwhile, African leaders usually profess vows and priorities for youth in their campaign trails that they will trigger effective development initiatives to create job opportunities for youth but are only reduced to mere verbal statements with no action plan and implementation.

Moreover, many African countries are struggling with social, security, and political crisis which was born out of the unemployment and exclusion of young people from the decision-making tables through either lack of political participation or promotion of national security. Interestingly all these countries are signatories of the United Nations resolution 2250 which was adopted in 2015 and expresses the role of the youth in international peace and security perspective. The Resolution also urges all member states to create an enabling and supportive environment for youth to be part of the global peace-building and security measures.

The African Union (AU) adopted the African Youth Charter in 2006 as a political and legal framework document to serve as a strategic plan that gives guidance and direction to youth empowerment and development initiatives at the continental, regional and national levels. It promotes and urges all countries to develop comprehensive and coherent national youth policies, and identify the role of youth with specific duties and responsibilities.

The African continent is home to a large number of young people aged between 15 to 35. In 2018 the African youth was estimated to be 453 million, a population that is projected to grow to over 1 billion 15-35 years old in 2063, as asserted by AU in the State of African Youth Report. The world in its efforts towards investing in the youth population, the AU agenda on 2063, and the African Youth Charter thereby anticipated providing the blueprint for harnessing the potential of the young people towards accelerating the continent’s sustained development.

Although all these policies, resolutions, strategic plans, and charters are internationally and continentally adopted and established for the young people, the objectives are yet to overcome the challenges they were designed to counter, apparently there were no efforts towards those haunted impediments.

Human traffickers and violent extremist groups are prominent poachers of youth who entice them to the criminal world. This is triggered by widespread youth unemployment in the continent. However, according to a study conducted by the Heritage Institute unemployment fuels insurgencies, encourages youth to join violent rebels, and leads to extremism, making it the cause of violence and insecurity. Likewise, a seminal report by the US Agency for International Development (USAID) on youth and conflict noted that unemployment is an existential threat driving young people to join violent groups which provide immediate economic benefits as well as offering economic gains through indirect earning or robbery.

Furthermore, all the points of article number 17 of the African Youth Charter elaborate on the role of youth in peace and security. It urges all state parties to strengthen and mobilize the capacity of the young people and youth organizations in peace-building and conflict prevention through human rights and democracy.

Sadly, the unemployment and increasing number of youths in the continent led them to take on long and dangerous treks out of the continent in search of better lives and employment. According to the Africa Migration Report in 2019, the youngest international migrants with a median age of 30.9 years were from the African continent. This notwithstanding, migration from Africa increased from 13.3 million to 25.4 million migrants between 2008 and 2017. This was a result of laxity in the implementation of article 15 of the African Youth Charter which stipulates the right of every young person to have a sustainable livelihood and employment.

In Somalia, the two factors, migration and violent groups are the main setbacks as youth unemployment stands at a staggering 69% according to a survey conducted by Heritage Institute in 2022, while the IOM assessment asserted that 80 percent of the Somali youth are unemployed in 2012. From an international perspective, much evidence revealed that unemployment is the main cause of young people’s recruitment to extremist groups. Somalia’s new government led by H.E president Hassan Sheik Mohamud launched a National Youth Development Initiative (NYDI) on 27 May 2022, which aims to strengthen the relationship between the government and the Somali youth, improve job creation opportunities and give the youth a vital role to contribute to peace-building which seemingly gave hope and good expectation to many Somali youths.

In conclusion, it’s a crucial asset to have a young citizen, born and bred in Africa, who could possibly contribute to the decision to change the situation of the continent to either negative or positive.  So, all the African states have the opportunity to take appropriate measures to eradicate the challenges facing the young people and indulge them to be part of the process to meet the targets and indicators of Sustainable Development Goals (SDGs). Otherwise, in the event, that this potential (youth) becomes unused or neglected (as it stands) it will be a threat that will take a longer time to deal with.