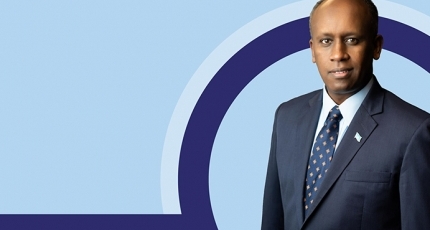 The political climate in Somalia, seldom described as stable, has been steady in maintaining bare minimum consensus that has weathered the storm and driven the country to push forward. In the past two decades, the country was overcoming political and clan-based violence, with most leaders shoring their differences on the table and compromising towards a united, democratic, and peaceful Somalia. However, with the willingness to reach consensus abating and the country’s leaders in constant public disputation, the political deadlock has now transgressed into illegal, unconstitutional and immoral attempts at holding on to relevancy beyond the designated term for the current administration in Villa Somalia.

Despite the incessant tactical delays and the lack of objective-oriented dealings in respect to foreign and internal politics, much of the country’s meliorism was evident in their tolerance, remaining hopeful of the impending road to the 2021 Elections. However, the current administration has translated ‘tolerance’ into complicity as alarming events signaling the outgoing administrations obstinate efforts to remain in power fell on deaf ears.

Moreover, red flags became more apparent as the nation’s Armed Forces and politicians were slowly weaponized to promote the outgoing administrations’ self-serving rhetoric with the intention of gaining public traction to influence legislations and parliamentary decisions. An enabling factor for this were the stakeholders' collective silence and incohesive condemnation throughout the years which ultimately paved the way for the current unlawful two-year extension despite clear statements issued by international partners and the Security Council.

As Somalia enters a crossroad of options that could just as easily derail decades of what we’ve come to define as hard-won gains, our options remain limited. Although limited, we must protect the democracy that has availed us with the opportunity of a choice, for democracy supersedes the jingoistic cries of sovereignty against foreign interference, when in its true essence the statements and press releases of international partners regarding the unlawful extension merely seek to protect their foreign interests, something we have failed to provide Somalia.

Clearly, Farmajo’s hostility and outright defiance to retain power has reached beyond acceptable. As a concerned citizen, it is my sincere belief that the following options could move the country beyond the current crisis:

This five-point plan can be a good start for all parties with the International Partners provision of the necessary assistance through shuttle diplomacy and to guarantee sanctions against potential spoilers. With that guarantee, I believe this renewed negotiation can reset the situation and break the stalemate given that parties are coming to the table in good faith.

Dr. Abdinasir Abdille Mohamed, is currently standing for Somalia presidency 2021. He can be reached at Abdinasir.m919@gmail.com