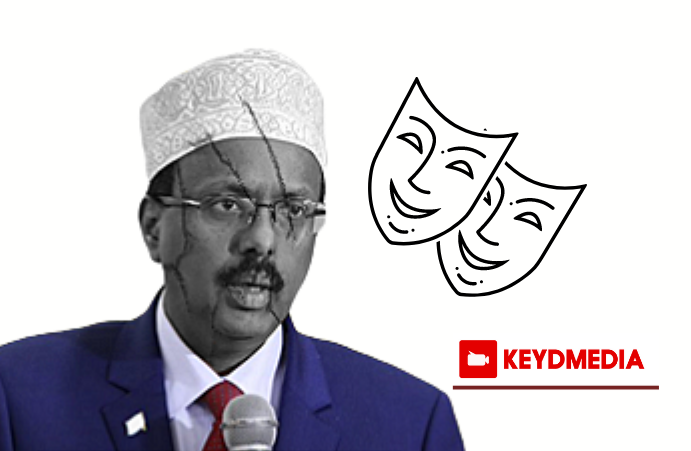 This will probably give you a good dose of the bitter truth that your inner circle will not have the guts to share with you. In the age of misinformation and false news, it is vital to debunk moronic statements from elected officials.

In mid-2011, you decided to run away from your position as the Prime Minister. At the time, many thought, that you were forced to resign. Personally, I felt that you instigated the political drama that led to your demise by playing the “victim card” in order to forge and further your political ambitions. Not surprisingly, you managed to capitalize on it. As a result, the “justice-loving” Somali people rewarded you in 2016 when they elected you as the top dog. There is no doubt that you mastered playing the “victim card” but you cannot blame your leadership failure, lack of vision, and political miscalculation on others.  It is unfortunate that even after ascending to the highest office in the country, playing the victim card became your personal trademark.

Now allow me to object your false assertions on multiple fronts.

In your first paragraph, you stated that a piece of legislation passed in 2020 ensures “the political transfer of power rightfully happens only through elections.” In the subsequent sentence, you clearly stated your desire for elected officials to remain in office indefinitely, as long as they sabotage credible and transparent elections. Through your antagonist approach and behavior, you have succeeded in doing so for the past 12 months. Legal scholars will argue such a resolution will only prevent a political vacuum in the event of technical delays during an election. You, on the other hand, have interpreted this as a new mandate or indefinite office term.

This false premise propelled you to spearhead violence, displacing the most vulnerable and marginalized residents, and be the driving force behind bloodshed for the first time since Al-Shabab was removed from the Capital, a decade ago. It is paramount to avoid a power vacuum. However, an engineered resolution that contradicts the constitution should not deny the country an opportunity to elect their leaders and should not be considered as a token to keep power-hungry individuals clinging to power, even if it descends the country into a civil war. Absurd!

Secondly, with regard to universal suffrage, Somalia has a long way to go to realize such a dream. It is a fundamental human right. Today, most democratic countries allow adults to vote and hold elections in various formats. While there is a general consensus that the “the right to vote” is a fundamental human right, disenfranchised groups such as, historically, minorities, indigenous people, convicted criminals, persons with disabilities, and other marginalized populations face considerable challenges and even a complete lack of access to voting-even in the most democratic nations.

Nevertheless, in a democratic society, the will of the people remains the ticket to political authority, allowing people the opportunity to express their political opinion through a secret ballot box and counted votes. However, Somalia has a unique need to be addressed. First, the last time Somalis voted was in 1967. Anyone younger than 72 years of age has not witnessed universal suffrage. According to a recent survey by the United Nations Political Office for Somalia, youth under the age of thirty make up more than 75% of the Somali population. In addition, the level of insecurity, lack of institutional capacity, the need to conduct massive civic education to teach ordinary citizens on how and where to vote, and the nonexistence of acceptable voter registration ID makes your assertion of universal suffrage quite hypocritical and misleading. Such an argument cannot hold water. The universal suffrage argument is the mother of all smokescreens. ‘He advocated for one man one vote, but he delivered one man one mattress” a fleeing resident said, referencing the loads of mattresses on his shoulders as he tries to escape.  Hence, it is disingenuous to use such a camouflage narrative to advance personal political interest at the expense of the whole country. We have no one else to blame except you. Why? The buckle stops at you! Period!

And for the purpose of clarity, let me restate the fact. In the fall of 2020, you disagreed with your former Prime Minister openly in relation to the election. You, subsequently, ousted him with the help of your incompetent Speaker in a Kangaroo court. You fled from Dhusamareeb when consensus was within reach just because you felt entitled to handwrite representatives from the Gedo region on the narrative that your clan is the majority in the region, and you must have the last say about it. Finally, the last talks collapsed after FGS walked away in pursuit of a term extension. In a nutshell, you never wanted an election but only an extension. As all experts and visionary leaders predicted, it backfired both at the national and international levels. Therefore, it is essential to highlight that you are entitled to your own opinions and interpretation but not to your own facts or alternative truth. You cannot rewrite history on this subject. Not on our watch. We believed you, and you failed us. You cannot abuse our intelligence.

The indirect clan-based model remains the most viable option until the country is pacified from the extremist group, basic institutional capacity is rebuilt, a judicial system established and empowered, and voters are registered and educated. Your problem with the clan-based model is not because you care about universal suffrage but because your current optics are not good. The only way you can get reelected is through rigging. The proportional representation model you advocated for so long will allow you to manipulate the outcome. Unfortunately, you and your shadow government have underestimated the intelligence of the Somali elites, partners, and populations.

Thirdly, blaming Puntland, Jubbaland, UAE, and Kenya is no panacea to our problem. In leadership, one of the bravest things a leader can do is to accept responsibility. Taking responsibility when policies go wrong is the cornerstone to building trust. Authentic leaders, unlike you, learn from it. You missed both. At the end of the day, Somalis did not elect Deni, Modabe, Kenyatta, or the King of UAE. They elected you, and you have failed them. You can take your personal vendetta to them, but in a platform like this, you cannot hide your confusion, dictatorial tendency, and lack of vision in an ambiguous article on Foreign policy. Even in your ineloquence, it would have been wise to talk to your population more frequently and more openly before hitting the wall or trying to nurse your worded reputation in a foreign-owned magazine. In this regard, I would like to remind you that you are not under any legal obligation to oversee this predicament. Since you failed to lead the country during such a transition, you can do us a favor and leave.

Fourthly, late last month, loyal commanders from your constituency attacked the residency of former President H.E Hassan Sh. Muhamad with the intent to assassinate him. Soon, we watched as the national army disintegrated into a clan. It was at this stage that you realized you were not only losing the war, but you were on the verge of being forcibly removed from the Villa. Should the fighting continue for a day or two, you would not only lose it, but you will be a war criminal. In essence, your address to the nation was not a compromise but to salvage your tarnished reputation and deescalate the wrath of the opposition forces.

Finally, as the Prime Minister returns to the table, please refrain from sabotaging him for the country's sake. Accept that your days of glory have come to an end and that crying wolf and playing the “victim card” does not solicit empathy anymore unless you want to continue to be a general mockery. 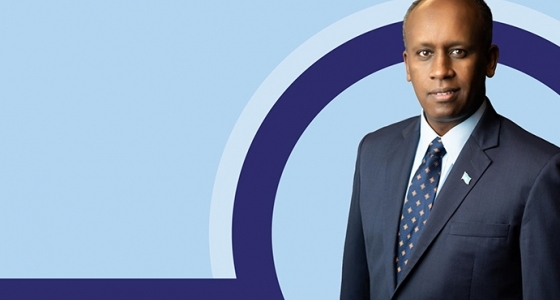