A Unified State of Somalia Debated at Chatham House

Mohamud M Uluso - As one of the rare opportunities, eighteen days before the International Conference on Somalia held in London on May 7, 2013, Chatham House, a British Think Tank on International Affairs, invited Somali intellectuals for consultation on building Somalia’s unified state necessary for constructive engagement with the international community. At the conclusion of the consultation, Chatham House issued a summary report titled, “Somalia’s future: Building a unified regional state.”
Article Keydmedia Online
1 February 2014 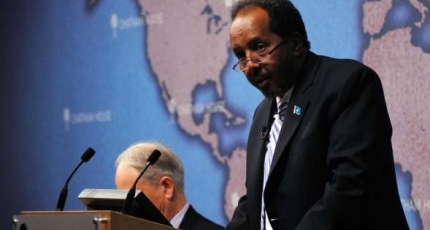 The three topics addressed in the consultation were: (1) defining the Somali state and mechanism for power sharing; (2) the role of stakeholders; (3) and the nature of the international engagement. Among the sub topics included federalism, strong judiciary, clanism, definition of who are the stakeholders, the role of media, Somali ownership, bringing Somaliland back in, and the role of the international community. These same topics have been again addressed in three conferences held in Mogadishu: (1) National Dialogue on Justice Reform Conference  of April 1-5 2013, (2)  Vision 2016 Conference of September 2-6, 2013, (3) National Conference on Tackling Extremism in Somalia of September 7-11, 2013.

Generally, the consultation brought out the disagreements and contradictions of ideas and positions among Somalis on the fundamental concepts of peacebuilding, statebuilding, and nationhood. These divergent ideas and positions still persist. The knowledge that 70 per cent of the Somali youth aged between 18 and 30 are unemployed and 80 per cent of the Somali people lack access to water and sanitation should compel the Somali elite to immediately come together and establish an “effective and accountable” national government. Below is a recap of the salient points made by the participants.

The participants have concluded that the “Somali constitution was an ill-conceived project” because it failed to set out the fundamental guidelines for state building, for example,  how the outrageous cost of the duplication of governance levels in a federal government will be paid. To ensure Somali ownership of shared polity, the participants proposed the principle of “constitutional patriotism,” a political attachment to shared values and norms rather than to an ethnic origin and by which citizens are united by their loyalty to the constitution and their patriotic feelings. All stakeholders must have the opportunity to participate fully the constitution making process from the beginning to the end.

It has been raised the essential prerequisite to determine the relation between Somalia and Somaliland in a new Somali constitution; otherwise it will be difficult if not impossible the national integration including Somaliland once a new constitution is re-written, approved, and adopted. This determination is consistent with the fact that Somalia’s federal government represents the people of Somalia and Somaliland.

After the general consensus about the need of some form of devolution of power (power delegation) within a decentralized unitary state, participants disagreed on the form of government. As expected, two views emerged during the consultation. The problem lies in the misconception of associating “Somali federalism” with unity, justice, equality, fairness, security, and socio-economic development.

One group sustained the view that, in reference to the past experience of governance, transfer of political and economic decision making power to regional states is necessary and inevitable. This view is shaped more by the scars of 1991 civil war in the South, particularly in Mogadishu rather than by the dictatorial regime that have affected almost all Somalis.  The unfortunate implication of this view is the institutionalization of clan antagonism, division, and distrust.

Advocates of this view reject past reconciliations that formalized the social contract (constitution) legitimizing the federal government and they hold on distrust as a rationale for objecting central government seated in Mogadishu. They also oppose the negotiation with Somaliland as a political entity which represents North West, Sol, Sanag, Awdal, and Togdher regions of Somalia.

The second group argued that “Somalia needs a strong and capable central authority that is able to consolidate the state, harmonize its institutions, and unify its population.” The group maintains that federalism is “very likely to exacerbate the social and regional fragmentation of the Somali state, largely along clan lines,” This view is in line with the participants’ consensus that clan is an instrument of fragmentation and an obstacle to building peace and security, so that it cannot be taken as the building block for the reconstitution of Somalia. Federalism constructed on clan identity, territory, and spirit, hampers Somalia’s unity and economic and social transformation and recovery. Ordinary citizens have been recognized as the primary Somali stakeholders.

The participants agreed that building a strong independent judiciary system and legal institutions is the necessary precondition for the establishment of any kind of sustainable decentralized governance structure in Somalia. This means that the rule of law is the essence of building a state instead of federalism.

The role of the Media

The participants warned against the monopolistic use of government media-National TV and Radio- by the power holders for their own ends. They suggested that the media should serve as a platform for broad based debates on national issues, for example, federalism. On the other hand, since the media has an important role to play in the Somali society, the participants proposed legal and regulatory framework that promotes a code of conduct, ethics and professionalism.

For inclusivity and lasting peace in Somalia, some participants suggested a focus on the relation between Somalia and Somaliland so that “Somaliland could present a list of minimum conditions that it wanted to see fulfilled for reunification.” Two reasons have been put forward for Somaliland inclusion in the building of the Somali state efforts.  First, Somaliland’s quest for independence could have detrimental effects for the broader Somali state making project. Second, Somaliland could facilitate the revival of Somalia by rejoining the union.
Others considered Somaliland to be related but distinct and felt that the relationship between Somalia and Somaliland should not be the starting point for the reconstruction of the Somali state and the focus should remain on existing and potential regional entities in the south. The assumption here is that Somaliland represents one dominant clan.
International Engagement

The participants complained that some members of the international community have had too much influence on the constitutional process of Somalia. Therefore, they demanded that Kenya and Ethiopia are exempted from being involved in the constitution making process of Somalia. The unfettered foreign influence has had deleterious repercussions on national cohesion and Somali State.

It is anyone’s guess what British Officials learned from the consultation and which suggestions/arguments prevailed. However, participants laid out essential points for further examination among Somalis even though the parliament’s ineffectiveness, Puntland’s separate status, and the Addis Ababa agreement between Ahmed Madobe and Federal government have made worthless the debate over constitutional review and federalism for building a unified state.

One apparent contradiction concerns the capacity of the federal government. On one hand, the participants described the federal parliament mandated to exercise people’s will as “deeply flawed, ineffective, and little more than a free market for personal gain.” They also repeatedly argued that that the country lacked a political leader with national vision. On the other hand, the participants have recommended a list of tasks to be fulfilled by the above despoiled federal institutions and leaders.

The lack of acceptance of past reconciliations mediated by international actors since 2000 is serious setback for the efforts of Somalia’s conflict resolution, building trust, and moving forward. The post conflict federal government which is inherently problematic cannot reconcile clans competing over constitutional legitimacy and form of political association.