For much of the past half century, Kenya has cultivated an image as a peaceful oasis in a region dogged by violence and unrest. “Kenya, hakuna matata” (“No worries in Kenya”) is the unofficial motto on T-shirts peddled to the thousands of tourists who flock the East African country’s sandy beaches and safari parks every year.
Article Keydmedia Online
2 July 2014 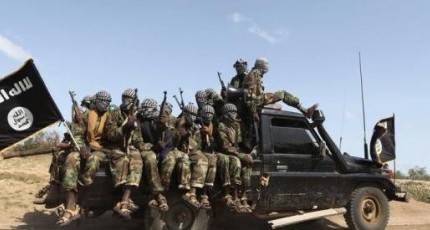 But the image has frayed. The frightening brutality of the Shabab terrorists who killed 67 shoppers during the four-day siege of the Westgate Mall in Nairobi last September shocked the nation. Then, in another brutal rampage, on the night of June 15, dozens of attackers swept into Mpeketoni, a town near the tourist resort of Lamu Island, and mowed down 48 people, many of them dragged from a hotel where they had been watching a World Cup soccer match. A second attack on the nearby town of Majembeni on the following night left nine people dead.

It did not help matters when President Uhuru Kenyatta went on national television the morning after the second attack and speculated that leaders of the opposition may have been involved. His ill-considered words threaten to turn a security crisis into a political one which could very well boil over into communal fighting between opposition and government supporters — exactly the kind of scenario the Islamic extremists of Al Shabab appear to be aiming for.

Many observers warn that allowing terrorist to sow internal discord in Kenya would be handing Al Shabab a long-sought victory. By fomenting discontent between two of the country’s major ethnic groups, the Kikuyu and the Luo — both predominantly Christian — the terrorists hope to stoke communal violence and prevent Kenyans from uniting to fight back.

While it is true that Al Shabab has almost certainly drawn on the support of some Kenyans, the suggestion that national opposition leaders are to blame for the latest killings is widely viewed as unfounded, if not downright bizarre. Mr. Kenyatta’s declaration that the killings were the product of “reckless leaders and hate mongers” — an implicit suggestion that the political opposition planned the attacks — was widely seen as a dubious effort to avoid criticism for the government’s failure to deal with the unrest spilling over from Somalia, our deeply dysfunctional neighbor.

During the 1990s, as Somalia descended into chaos, Kenya opened its doors to many thousands of refugees, but managed to avoid getting involved in heavy fighting. Then, in 2011, following a spate of abductions of tourists, aid workers and the kidnapping of two Kenyan soldiers, Nairobi ordered troops into Somalia to establish a buffer zone between Shabab strongholds and the Kenyan border. The objective was accomplished but it has come at a heavy cost. Since the incursion, Al Shabab is widely suspected of having launched numerous attacks in Kenya, including bombings that killed at least 10 people in Nairobi in May.

While those attacks have rattled the nation, the truth is that the terrorists on their own stand little chance of causing serious instability. Kenyans have little appetite for large-scale conflict, and security officials say that the terrorist group’s sympathizers’ in Kenya number in the low hundreds.

Nevertheless, Al Shabab has been busily trying to feed on Kenya’s internal divisions. In a move that echoes Al Qaeda’s efforts to stoke sectarian fighting in Iraq, the Somalia-based insurgents have been targeting churches in Kenya. There have been several attacks on Sunday worshippers, including a shooting spree at a church in Garissa near the Somali border in 2012 that left at least 15 dead, and another attack at a church in the coastal city of Mombasa on March 23 in which hooded gunmen killed three people and wounded many others.

Although these incidents sparked wide outrage, they have not provoked retaliatory violence against Muslims. Yet there are persistent fears that the terrorists are trying to exploit the most potent cleavage in Kenyan society — divisions between ethnic groups.

Ethnicity is a vital and highly volatile component of politics in Kenya, where most voters back political alliances crafted along unambiguously ethnic lines. Accusations of vote-rigging in the 2007 presidential race ignited ethnic violence in which over 1,000 people died. A power-sharing agreement under the auspices of the African Union led to a new Constitution that realigned the executive branch and strengthened local power.

In the presidential election last year, Mr. Kenyatta, a member of the largest ethnic community, the Kikuyu, edged out his bitter rival Raila Odinga, an ethnic Luo. There has been no violence since then, but uneasy relations persist. The rivalry reflects the fact the government is the country’s biggest spender. Access to power opens a patronage pipeline in which highly placed officials favor their own people or allied groups in awarding contracts and making appointments to key government jobs.

Al Shabab has intruded into this delicate situation by consistently targeting members of the president’s community, the Kikuyu, in hopes of creating the impression that the violence is politically motivated, thereby igniting Kikuyu retaliation against the Luo.

Mr. Kenyatta’s own political standing is tenuous because he is facing trial for crimes against humanity at the International Criminal Court over his alleged role in the violence which followed the disputed 2007 presidential election. His reaction to the challenge posed by Al Shabab has been erratic at best.

It would be folly for Kenyans to rise to the terrorists’ bait and allow the country to tumble into the abyss of communal violence. Far from squabbling among themselves, Kenya’s leaders would do better to call for unity, and bolster and reform the country’s police force while improving coordination and intelligence-sharing with our Western allies.

Kenyan’s leaders, particularly President Kenyatta, must grasp the scale of the challenge they face and not jeopardize our country’s position as East Africa’s bastion of stability and progress. Al Shabab’s effort to have Kenyans make scapegoats of one another is an obvious trap, one we must be careful to avoid.