Dr. Said Mohamud — Every country is proud of its new generations who positively contribute to the well-being of their social changes. The society is benefiting greatly from the advancement created by their new blood in the values added to the development of the new products and services in technology, science, and social welfare.
Article Keydmedia Online
15 May 2014 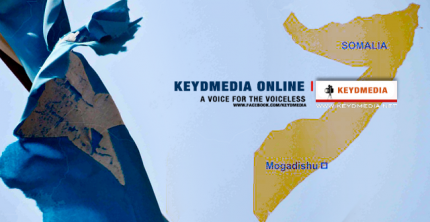 The new generations enrich the wisdom left by their preceding generations and enhance their failed efforts that are left behind. The main aim is that the new generation leads the society to go forward in the direction of a prosperous future.

A new generation is lost when they grow up in a disadvantageous situation where they inherit skills of social evils in a lawlessness environment. Malpractices of visionary corruption, clannish ideology, legitimized organized crimes of all kinds in the forms of armed factions, and ruthless autocratic rules all bring the society to backwardness. Such generations of destructive minds add dirty blood in the machinery of a social system and that is a critical contamination that leads to failure.

In Somalia, the current Somali leader presents himself as an innovative faction leader. He follows the footsteps of the armed oppositional religious leader and their organizational structure. The main aim of this approach is to infringe the intellectual properties of this organization and reform it in an unimpeachable, plausible association. Inexperienced, unskilled youth are mainly used as the bad force to carry out covert executions, corruptions, and mismanagement of public administrations.

Selected defectors from the armed opposition are trained secretly in short time in certain countries in the Middle East. These elite youth take up all sensitive government positions and have been chosen not by job qualifications, but to the loyalty of the leader. Most of these privileged core groups end up working in secret services and in revenue making financial services known as NGOs.

In addition, the process of their selection is a mixture of fitting the right clan lines or being estranged to their extended families.

The idea behind deploying unqualified young organizational cadres is their ability to do dirty jobs and in merit to be compensated to climb the carrier ladder in fast pace. You might notice that some of them have got the highest rank in the military in less than four years of being in the job. The current regime benefits by utilizing the youth who had no opportunity of formal education or jobs. In the past these young men were abused child soldiers in the warring clan factions and they committed as child soldiers atrocities and civil suffering during civil war. The right approach to those disadvantageous youth is to offer psychiatric help in rehabilitation camps.

Another view of using dirty blood in the governing system is to use them as the guardians of an autocratic leader. Their criminal activities are justified as they are obediently serving the duties assigned by their supreme political bosses and they have no concern of facing the justice in being accountable to their unlawful actions. It is a scary practice to employ the youth based on the extensiveness of their criminal background and their loyalty to a secret sect organization and its spiritual leader.

Since the current leader came to the office, the Somali society felt degraded in every aspect of their lives. The mainstream security forces and the people feel discontent with the president and his cohorts. The international community is astonished with the high extent of widespread corruption practices in every level of the Somali government and is skeptical to hand over aid money to the current Somali government leadership. The Somali government is very weak and not capable of collecting internal revenue from taxes due to the lack of government service delivery and the absent of public administrations in most cities of the country. The people are facing the loss of hope due to the lack of job creations and soaring economic hardships.

These two factors combined together restrict the ability of the people to purchase essential commodities for their lives and as a result force their standard of living in far depth under the conventional poverty line. The challenging reality of famine, malnutrition, and tribal wars are on the rise in many parts of the country. The blame of these intentional serious consequences is the bad leadership skills of the Somali current president and his ambitious autocratic rule through energizing his influence with dirty blood in the bureaucratic machine of his regime.

The blame of catastrophic happenings in the Somali people in the near future is not exclusively that the president will be responsible solely, but also the parliament, executive council, and the international community are partnerships of accomplice too. Before it is too late we are all obligated to demand the president to step down and transfer the power peacefully to the parliament. No matter how much time he wants to remain in office, the situation will get worse and practically there is no chance of hope for getting better. It is in the best interest of the country that the president should admit his erroneous mistaken thinking and apologize to the Somali public for not delivering his promises and not meeting their expectations. It was a missed opportunity that the president did not listen to the outrages of public concerns that demanded to fire the team leaders of his close aides in the governmental cabinet positions who were identified as incompetent and a waste in the council of the executive power.