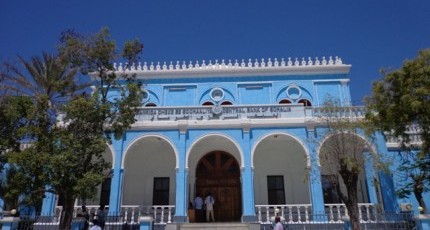 Assuming the document is genuine, I’ll summarize below its essential information. In the meantime, it is important to note that the budget, which is based on revenues from Mogadishu Port, Airport, and Bakaraha Market, reflects the curbed legitimacy of the Federal Government. On August 25, the media reported that the Business Community in Mogadishu Bakaraha Market refused to pay additional exorbitant tax after payment of high custom duty, fees, and other hidden costs at Mogadishu Port and roadblocks. Many Mogadishu residents frequently complain about payments of variety of levies and extortions to operate their businesses or repair damaged buildings. High tax burden with corruption and extortions exacerbates poverty and prevents economic recovery. The continuous heartbreaking death of Somali youth at Sea and the imminent catastrophic famine reported by UN Humanitarian Coordinator for Somalia Philippe Lazzarini on August 29, both confirm the miserable life condition persisting in Somalia and should jolt the conscience of Somali Elite for real and quick change. Immediate economic improvement of bottom millions of people is crucial for peace, stability, and security. 2014 Fiscal Budget In general, the budget is the most important document that illustrates the priority activities of the federal government and the resources allocated for implementing those priorities. Thus, the fiscal budget is an economic, political, and technical document that serves to check the economic and efficient use of public resources for the authorized purposes. It is a tool to account the federal government’s performance, accountability, and transparency. The above citied Act 00005 provides guidelines for administering the budget while the financial statement shows the estimated revenues and expenditures during the fiscal year that begins from January 1 to December 31, 2014. Two important rules of the Act are: (1) the FGS is not authorized to borrow from external and domestic source; and (2) the revenue must be deposited to a Single Treasury Account (STA) at the Central Bank from which all government expenses will be paid. The Act limits the role of the General Accountant to examine the budget reporting, while it is not mentioning the roles of the Auditor General and Anti-Corruption Commission for the control of public finance management and corruption prevention. The latter institutions are created by the constitution as independent bodies of the State. The 2014 budget appropriation is $ 216,230,043 of which $ 203,880,043 is for recurrent budget and $ 12,350,000 for capital budget. The total revenue estimate is $ 188,486,485 compare to $ 117,440,899 in 2013. There is a deficit of $ 27,743,558. The source of deficit financing is not indicated in the budget. The domestic tax and not-tax revenue is US$115,299,485 compare to $ 69,159,408 in 2013. The 2014 tax revenue is $ 108,023,272 compare $ 65,051,205 in 2013 while the not-tax revenue is $ 7,276,213 compare to $4,108,203 in 2013. The 2014 tax revenue represents an increase of 60.22% from 2013. Telecommunication and remittance companies, imports of vehicles, food, fuel, Khat, Petroleum products, Visa charges, Airport and Harbor fees, and Payroll taxes are the main sources of revenues. 2014 donor Budget Support is $ 73,187,000 compare to $ 41,671,492 in 2013. Budget Support contributors are: Qatar $12,000,000, Turkey $ 25,000,000, Norway $ 27,000,000, Iraq $ 7,300,000 and World Bank $ 1,887,000. The main outlays of current budget are: Compensation to employees $ 90,956,267; Use of goods and services $67,383,400; Grants $ 11,500,000; Contingency $ 3,600,000; and Repayment of Arrears $ 30,440,376. Major allocations under Compensation to Employees are: Allowance for members of parliament $ 10,664,800; Somali Embassies $ 3,564,000; Armed Forces $ 28,721,100; Police Force $ 7,200,000; National Security Forces $ 4,000,000; Custodial Corps $ 1,950,000; and Employees of Ministry Education $ 2,299,284. Major allocations under Goods and Services are for: Office of the Presidency $ 2,042,200; Office of Speaker $ 2,794,820; Members of Parliament $ 1,068,000; Embassies $2,340,000; Public Finance Management $ 1,837,000; Local Government and Central Bank $ 3,800,000; Ministry of Interior and Federal Affairs $ 3,668,000; Custodial Corps $ 2,393,592; Armed Forces $ 21,021,768; Ministry of National Security $2,088,000; Police Force $ 6,747,764; and National Security Force $ 5,200,976. The Capital Budget is allocated to: (1) Somali Special Facility $ 10,000,000 and Public Financial Management $ 50,000 under the Ministry of Finance; (2) Ministry of Education $ 1,600,000; (3) and Ministry of Justice and Constitutional Affairs $ 700,000. There are no details about the $ 30,440,376 for repayment of arrears. The ministry of finance manages the $ 11,500,000 grant allocated for local governments and Central Bank. Excluding appropriations to security forces, arrears, members of parliament, and embassies, the 2014 fiscal budget appropriates funds to the Offices of the President ($ 4,299,088), Speaker of Parliament ($3,254,516), and Prime Minister ($3,735,920) and 25 Ministries ($37,696,584). In addition, an amount of $ 11,210,389 is allocated to the following institutions: Somali Refugee and IDP Commission, Somali Disaster Management Agency, Boundaries and Federal Commission, National Constitution and Federal Affairs Commission, National Reconciliation Commission, Benadir Court, Appeal Court, Human Rights Commission, Judiciary Service Commission, Constitutional Court, supreme Court, Attorney General, Solicitor General, Accountant General, Auditor General, National Service Commission, Military Court, Immigration Department, Somali Marine Research, Civil Aviation and Meteorology Authority, Hamar Port, Somali National University, and Somali Academy of Sciences and Arts. The 2014 fiscal budget shows a separate development partners budget with total expenditure of $ 137,724,203. The activities funded by donors are implemented by foreign agencies. Some sources tell that the international donors pay salaries and allowances directly to federal government security forces and civil servant officials, including top leaders outside the budget (off budget). The budget document lacks macroeconomic data and statistical information important for the reliability of revenue and expenditure estimates. So, it is hard to determine the tax burden or tax to gross domestic product (GDP) ratio or to measure the economic impact of the fiscal budget. The tax-GDP ratio measures the amount of taxes collected by the government from the income of the people in the area served by Mogadishu port. For example, an assumed 10% of Tax to GDP ratio represents $ 1.153 billion GDP value produced by certain taxpayers who are getting nothing in exchange for their tax dollars. The outcry of the federal government taxpayers in Mogadishu over tax hike could lead to public discontent and unrest. Mohamud M Uluso mohamuduluso@gmail.com
Comments