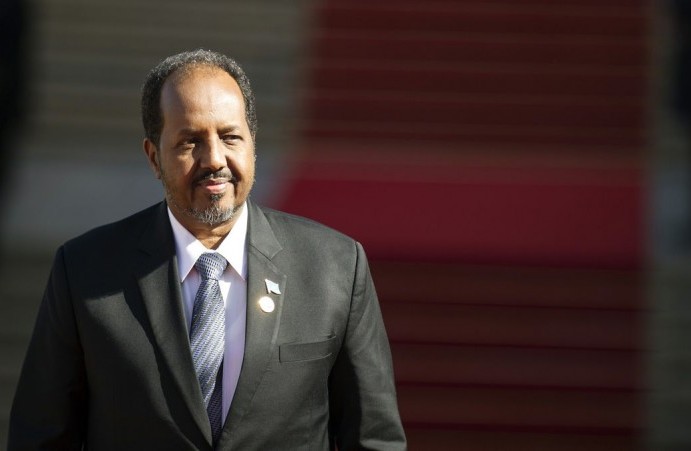 Seismic studies are being conducted onshore and off the coast of the Horn of Africa nation. Companies including Royal Dutch Shell Plc (RDSA), Exxon Mobil Corp. (XOM) and BP Plc (BP/) are in talks with the government about returning to the country for the first time since war erupted in 1991, Sheikh Mohamoud said. “We are renegotiating with them” on issues including royalty payments and production-sharing agreements, he said in an interview today in Washington at the U.S.-Africa Leaders Summit. “We’re expecting that soon there will be very good activities that we’ll start.” Somalia is trying to attract investors to help rebuild its economy after African Union-backed government forces gained control of parts of its southern region that had fallen under the control of al-Shabaab. The Islamist-militant group has waged an insurgency against the government for the past seven years as it seeks to create an Islamic state. While Somalia has no proven oil reserves, drillers are betting the country has a geology similar to that of Yemen, which lies across the Gulf of Aden and has 2.7 billion barrels of proven oil reserves. Somalia’s oil deposits may amount to as much as 110 billion barrels, according to a June report published by the Mogadishu-based Heritage Institute for Policy Studies. Saudi Arabia, the world’s biggest oil exporter, has 266 billion barrels of proven reserves, BP data shows.

Soma Oil and Gas, funded by Russian billionaire Alexander Djaparidze, is carrying out a seismic study of the country. A licensing round may be held next year, Abdullahi Haider, a federal government adviser, said in March. Somalia is seeking technical assistance from its international partners to help draft laws that will regulate the natural-resources industries and determine how revenue is shared among regional governments, Sheikh Mohamoud said. The country also plans to exploit its mineral resources, he said. Somalia has deposits of niobium and tantalum, and may contain reserves of copper and gold, according to the U.S. Geological Survey. Gains by the military have liberated large parts of the south of Somalia, though al-Shabaab still controls parts of the center of the country, Sheikh Mohamoud said. More than half of the 25 districts in Somalia targeted by African Union-backed government forces have been recaptured from al-Shabaab, while the remainder will be retaken by December, he said.

“The geographical control of al-Shabaab is shrinking right now,” Sheikh Mohamoud said. By the end of the year, “maybe they will still remain in very remote areas and the forces will go after them.” The African Union has more than 22,000 personnel from countries including Kenya, Uganda, Djibouti and Sierra Leone. Kenyan President Uhuru Kenyatta said in an interview on Aug. 2 that additional forces may be needed to eradicate al-Shabaab from central Somalia. While he’s in Washington, Sheikh Mohamoud said he will hold talks with officials on issues including building the capacity of Somalia’s army and helping develop its police and intelligence capabilities. Once al-Shabaab has been removed from the country, the Somali army needs to be able to exercise its authority, he said. Sheikh Mohamoud said he plans to highlight the military gains as well as the country’s establishment of laws that promote business to help draw investors, he said. “Somalia is open for business,” he said. Bloomberg
Comments