Mr. Mohamud M Uluso - The debate on the Constitution-Making Process in Somalia shifted to a perilous level after the international community demanded IGAD to submit the list of the critics –labeled “spoilers” of the peace process of Somalia for referral to the International Criminal Court and to the UN Security Council for incontestable harsh punishment (**).
Editorial Keydmedia Online
8 May 2012 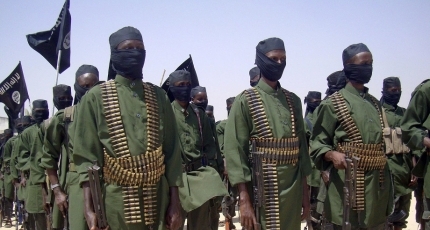 Compulsory acceptance or legitimate rejection with severe consequences of a conflict-ridden Constitution is an awful predicament that challenges the conscience of many Somali citizens.

However, an examination of just a few articles of the publicly available version of the Draft Constitution, like on on the status of Mogadishu, on the general provisions, on the election of the president in a parliamentary system, and on the original language of the constitution as well as the analysis of the political dynamics affecting the constitution making process, highlight sufficiently why the public strongly opposes the Draft Constitution.

What is more troubling is that the final draft of the constitution is secret and not subject to public consultation before its approval. The Draft Constitution challenges Somalia’s will for nationhood.

Article 8 stipulates that Mogadishu is the capital city of the Somali Republic, while article 67 lists three options for the status of the capital in the federal system. The options are:

(1) The capital is located within a Regional State which has the power to pass in consultation with federal government a law governing the status of Mogadishu;

(3) Federal Capital as itself a Regional State. This option is unclear.

As of today 8, 2012, the option and its formulation included in the final Draft of the Constitution is a mystery. Because of the impracticability of the concept of federalism in Somalia, the debate over the status of Mogadishu will continue sine die.

Article 172 prohibits all constitutional amendments within the first seven years after the Constitution comes into force. Only the amendment intended to facilitate the participation of either or both Puntland and Somaliland as part of the Somali Republic is permissible. It is important to note the discrepancy between the transitional seven years in the Draft Constitution and the transitional four years in the Garowe Principles.

Article 173 establishes that after seven years the parliament can amend the constitution in accordance with the recommendations of a parliamentary review commission. This is similar to the lax amendment procedure of the Transitional Federal Charter (TFC). Article 174 mandates that the Draft Constitution shall come into effect after 90 days of its approval through unspecified modalities.

Article 178 reiterates the right of voters to express their views in the case of hypothetical referendum rather than addressing the required referendum as per article 11 (3) of the TFC.    In the next ten years, the Draft Constitution will not be subject to popular referendum.

Any presidential candidate must be nominated in writing by at least 10 members of the House of the People and must show support of at least one regional state delegation to the House of Regional States. Then, the members of the Regional States are obligated to vote individuals rather than as a delegation. Is this provision feasible in the presidential election in August 2012 and afterwards?

During the presidential election, it is required the presence of only 70 % of the members of each house. In other cases, there is no required quorum but implicitly it could be less than 50%. This constitutional provision encourages irresponsible political behavior.

What is more astonishing is the absence of an article which establishes the original language of the Draft Constitution among the four languages: Somali, May, Arabic and English. Italian fell out of fashion.

On May 4, 2012, the State Department of the United States of America issued press release in support of the threats made by friends of Somalia chaired by the United Kingdom Ambassador to Somalia, and by the AU, UN and IGAD in their joint letter against anyone including members of parliament opposing the Draft Constitution. This act pays no attention to the following well-reasoned conclusion and recommendation made in a paper issued by the Horn of Africa Steering Committee of Woodrow Wilson International Center for Scholars under the title, “ Pathways to peace in the Horn of Africa: What role for the United States?:

“The US government must recognize that its long term interests are best promoted not by building relationships with particular regimes and/or political parties but by supporting the legitimate rights and aspirations of the peoples of the Horn.”[1]

As expected, the President of the Transitional Federal Government (TFG), Sheikh Sharif has ruled out rejection of the Draft Constitution even if the latter is against the interests, sovereignty and territorial integrity of Somalia. Eng. Abdirahman Omar Yarisow spokesman of the PM Prof. Abdiweli M Ali made similar threat to the critics of the Draft Constitution labeling them as “spoilers.”[2] The Minister of Internal affairs and Security Abdisamad Moallim Mohamud has banned holding political meetings in Mogadishu without his Ministry’s permission. The unalienable constitutional rights of free speech, freedom of association and assembly of the citizens of the “South Central Somalia” have been abolished.

The concerned citizens were shocked not by the actions of the leaders of the TFG but by the anti democratic stances of the international Community. There is general consensus that the top TFG leaders are determined to remain in their plum positions for the next seven years by complying with the instructions of Ethiopia, UN Special Representative and AMISOM Commander without concern to the aspirations and long term interests of their people and country.

The international community is fully aware of the fact that the dismal cooperation and smear campaigns going on between the top three TFG leaders have crippled their effectiveness, legitimacy and credibility. The Somali Website Wardheernews published two articles with pseudonym names: (1) PM Abdiweli