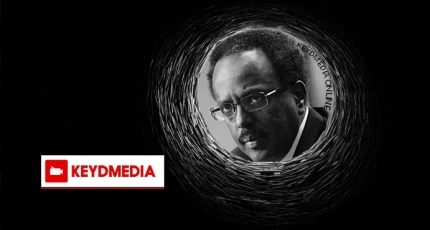 Consequently, those who are just over 50 years old now did not fare much better than those who are younger when it comes to experiencing in living under-functioning government institutions. The reality of the matter is Somalia has been named as a real-world example of a stateless society and a country with no formal legal system. this is the legacy of the civil war which the country and its people are still recuperating from without a proper reconciliation process.

Nevertheless, when the last selection/elections occurred in 2016 there was the hope of a new era for Somalia, that things would be better. Somalia was on the road to democracy and the rule of law while retaining its own values.

However, now the Parliament and President have reached the end of their term on 27 December 2020 8 February 2021 respectively, but there remains no clarity over when the next selection/elections will occur. Attempts for political agreement by the federal government and federal member states (Somalia’s five semi-autonomous regions) did not bring any agreement. Besides these leaders, there are other opposition groups including the council of Presidential Candidates and other political powers that are influential over Somalia’s political process and they all want to interfere with the election/selection process but the question we must address is why our current political leaders are failing to reach a political consensus.

The four-year term of Somalia’s president formally ended when the federal parliament’s mandate also expired. The president maintains that his tenure should be extended until new elections can be held. Talks had been taking place about the rules governing the elections/selections based on 17 September agreement between the government and member states, but these seems to have stalled.  Somalia now, for all intents and purposes, lacks legitimate, effective national government. The government was expected to carry out a core task to develop an appropriate electoral system during its term. The failure to achieve it lie at the heart of Somalia’s current political stalemate.

Moreover, whatever reasons or justifications that are given to the current political deadlock the elephant in the room is what direction would Somalia take and who will oversee this direction.  Somalia adopted federalism in 2004, with the creation of Federal Member States on the assumptions that the previous centralised governance failed because some were gaining more than others from it and people lost trust in the system. But the problem is how federalism will be implemented. One of the main challenges is a lack of understanding and clarity about how federalism is meant to work within Somalia context without the institutions that safeguard the integrity of the presumed agreed arrangements.

To influence the upcoming election/selection of the next parliament will be the biggest prize. The incumbent government was engaged in choosing favoured member state candidates who would then assist with the process to select/ elect loyalist parliamentarians which will then elect the next president. It was common practice to bribe and distort the selection/election process in the last election/selection. External interests supported this process and there were no civil institutions and a free press being able to challenge. All these leaders were aware of this situation., This time, however, the stakes are too high, mainly because there is huge mistrust between the current incumbent president and the opposing leaders, resulting from the police opening fire on protesters on 19 February 2021. This is one of the reasons why security has also become an issue in the opposition minds.

Somalis are ready for government.

It is fair to say most of the Somali people are struggling with their daily lives at home and abroad but are hardworking, innovative, proud people who want their lives to improve. There are many Somalis who are internally displaced in their home country and are waiting for their leaders to address their misery so they can take care of their lives and pursue their dreams. Let us remind these leaders to fulfil their responsibilities. In the absence of direct elections if the people they represent are silent for now this should not be interpreted as a support for the current leader’s misguided political ambitions and dreams. Although the institutions that supposed to safeguard the constitution and protect citizens, they are either weak or some were set up to fail. There are no organised civic institutions who can represent the views of the public and it is clear from the action of ordinary Somalis that they do not want to return to violence as they remain calm but if these leader’s actions and decisions lead the country into chaos let us remind them, they will be held into account and rule of law will prevail.

Most of the Somali people would like to see the country progress forward and not move backwards. We want the country to stand on its own feet, without foreign interferences.

However, the behaviour and actions of current Somali political leaders legitimise or provide an opportunity for the international partners to have a role in Somalia’s political process and enables the African Union Mission in Somalia (AMISOM) to continue to stay on in Somalia, despite being there now for over 14 years. It was envisaged that by this time Somali army will take over from AMIOSOM the security of the country. The political leaders have not to date shown leadership nor the political will to resolve their differences to demonstrate to everyone including the international partners that Somalia can handle its internal affairs. Knowing the state of the country and their abilities to govern and secure peace all over the country the political leaders are giving every opportunity to “justify” interference.  Moreover, in a recent statement, the US embassy in Mogadishu urged “Farmaajo and Somalia’s national leadership to act now to resolve the political impasse that threatens Somalia’s future and find agreement with Federal Member State leaders to allow the conduct of parliamentary and presidential elections immediately”. Washington said the gridlock has led to a lack of progress in the fight against al-Shabab, which continues to carry out attacks in the country.

This statement did not only ask them to be responsible, but it has also reminded them of their core responsibilities to the country and its people. One should ask why current Somali leaders are behaving this way when the leaders might be aware of the challenges that the country and its people had been facing and trying to overcome for decades. If they do not put their house in order, they should not expect others to do it for them, otherwise external powers will do it their way.

The current parliament was created by a “selection” rather than a national popular election. The national parliament has 275 members who were elected/selected by 14,025 “voters” selected by 135 clan elders. The 54 members of the upper house of parliament are selected by local (state or regional) assemblies.

The parliament has three functions: representing, making laws, and overseeing the government via scrutiny. The current Somali parliament leadership seems to delegate their responsibilities when it is most needed. This parliament was selected/ elected in 2016 with widely accredited corruption and it is widely believed some of the seats cost lots of money for the candidates, but it failed to bring people who could represent and carry on the functions and the roles the job requires.

The Somalia’s political crisis stuck between the political leaders. Political negotiation is building long term relationships not around who is winning. If there are no farsighted leaders, solution and unity cannot be reached. It seems it will not be possible for self-interested political leaders to get out of the way and resign as this is not the Somali political culture. To develop such a culture will take time. Nevertheless, our hope for now is that leaders might break the current political stalemate with the assistance of the international community.

In the future, we ordinary Somalis should not expect our future leaders to be self-less, forward-thinking, and or even able. Leaders should know that the Somali public’s patience is running low and are demanding a positive change.

It is not just current leadership where there is a performance gap –the blame also lies with elders/clan leaders who selected their representatives or are influenced by them.  but if we can improve the ability of leaders to lead more effectively. Citizens also need to play their part. Ordinary Somalis must involve and hold their representative to account. At present there is a democratic deficit and less than handful are engaged the process.  For Somalia to be a vibrant and successful country, clan leaders/influencers need to make sure they select the right candidates that they can hold to account for each constituency if they do this, we might have a better chance of improving the performance of everyone and everything else.

Somalia’s social, security and economic problems are deep and so complex and that only strong cooperation between the federal government and its members states can manage divided society. To achieve it, Somalia needs to select or elect a competent leader with the vision to lead-based on Somali culture and tradition.

BA-MA-PgDipl in Law and Community Leadership SOAS University of London. London based. He can be reached at harbifarah@hotmail.com