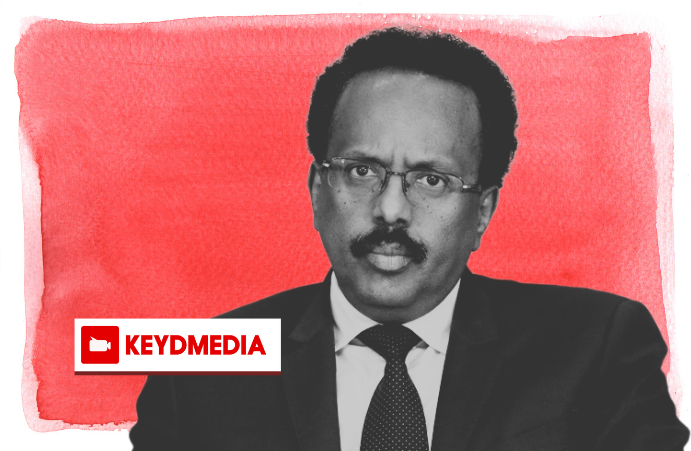 The President had manipulated the elections of three federal member states (Southwest, Galmudug and Hirshabele) using force, intimidation, and bribes. No competition was reported in those elections, and it was a pre-designed election plan with a pre-determined result. The administration maintained the use of the same tactics and means in all of the three FMS elections, and it worked for them to establish Pro-Farmajo FMS leadership that can assist the re-election of the incumbent President. But, the method couldn't be politically feasible in Mogadishu, where powerful and influential opposition members reside; also, the resistance was fueled by the Mogadishu clan dominants. I have articulated the issues of Farmajo's Attempt to abuse election in my previous article.

The President's attempt to cling to power through illegal extension failed miserably.

Farmajo's term was supposed to end on the 7th of February 2021; the federal constitution has given him four years to serve the nation and hold an election before the term expires. Today, the entire government's mandate has finished. The country has faced a multi-layered electoral impasse and crisis, which finally led to the failure of the whole election process; uncertainties were very high, and people expected the worst, including civil war. One of the critical factors that caused the chaos was the pursuit of personal interest, tensions in the Gedo region, and the absence of determined leadership to direct the country's elections.

It was the 12th of April 2021 when the House of the people, whose mandate expired before the President's, passed a resolution extending the government's mandate for an additional two years. The President signed the resolution as an official and legally binding document a few hours after the HOP's approval. The extension plan was well coordinated, but it didn't consider the existing political context and realities. This attempt was not constitutionally feasible since the current government's mandate expired. It also didn't have the support of the Upper House, which rejected the decision outright.

In fact, it was the nuclear option for Farmajo's team to fasten their seatbelts for another two years. Political stakeholders, including opposition leaders, candidates, civil society members, intellectuals, and citizens at large, rejected the new term extension. Also, the international community criticised the term extension and called for a fair election; they had also warned that such intentions may lead to further crisis and political instability.

Mogadishu has seen armed conflict and tensions between the army, which resulted in the displacement of more than 100,000 people as per UNOCHA report; some of the military division commands formed a coalition to resist villa Somalia's agenda claiming to protect the constitution and democracy. The military has split into pro-opposition and pro-extension army factions.

Galmudug and Hirshabelle - Farmajo's closest FMS allies - retracted the support of the parliament decision; also, the PM has issued a written statement opposing the attempted extension and promised to lead the election process. Farmajo and his team, including the speaker of the HOP, became isolated and were forced to return to the 17 September election agreement. The democracy has won, and the country has shifted towards indirect elections.

AU appointed Mama, Ghana's former president, to handle Somalia's election impasse as a special envoy. AU Peace and Security Council, UN Security Council, and the international community have rejected the extension plan. The appointment comes as Somalia's PM initiated dialogue with the opposition members and succeeded the ceasefire and demilitarization of Mogadishu city; he also called for a consultation meeting in late May to move forward with the 17 September agreement. In addition to that, there are reports on the Somali government's objection to the newly appointed envoy claiming that Mama has business in Kenya. Somali-Kenya relations were not stable recently, and the countries restored their diplomatic ties recently. I believe that AU's special facilitation role will be straightforward and swift if PM Roble directs elections and security.

PM efforts towards peace and elections

PM Roble has been given the authority to manage elections and security.

Although it is not yet official from Farmajo's end, the complete transfer of the security and election process. Roble seems to be peace-loving, but he lacked the space and power to exercise his authority and mandate since it was taken by the presidency.

Today, PM Roble appears to have the full support of Somalia's political stakeholders, including the FMS, Opposition leaders, civil society members and also the international community. So, the following are the key necessary steps for the way forward:

The political stakeholders should also provide an ample chance for the PM to exercise his authority and direct the election activities. Premature criticism may lead to newer complexities and tightens the process.

Recommendations for the coming government.

They should prioritize social reconciliation and the improvement and implementation of the current national reconciliation framework. Provision of free public education that promotes democratic values and constitutional arrangements. These two recommendations will lead to more stable politics and clean the propaganda circulated by Farmajo and his team.

Farmajo has been accused of being behind high-profile assassinations in Mogadishu and attacks against former presidents and opposition leaders.