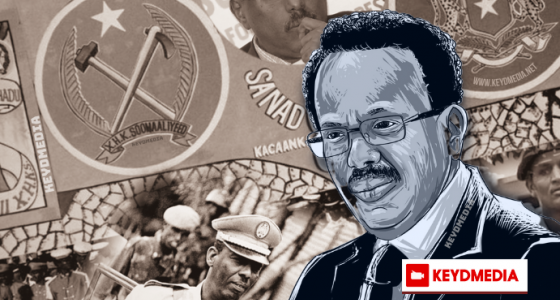 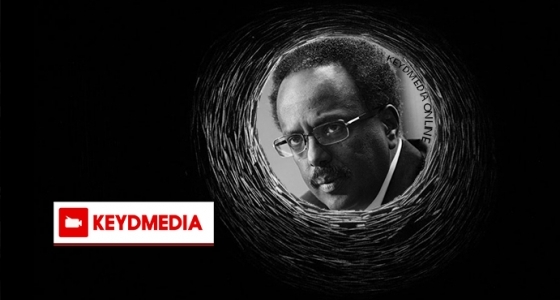 Keydmedia Online - Dr. Mohamed Warsame 'Kimiko' - « Previous Page | The Role of Warlords in Exacerbating Crisis — The evolution of the Warlord/Faction Leaders phenomenon — Knowledge of both the background and an understanding of the reality on the ground are necessary elements in the search for appropriate approaches and solutions to Somalia’s prolonged political crisis.

Keydmedia Online - Dr. Mohamed Warsame 'Kimiko' - « Previous Page | This book is an attempt to present a brief but yet complete and clear picture of the socio-political landscape of Somalia and offer some concrete suggestions that will solve the country’s seemingly intractable political crisis.

Mohamud M Uluso — The accusations for corruption and abetting terrorism against the federal government gained momentum and credence for the discovery of substantive evidence.

Mohamud M Uluso — The formation of federal Member States (FMS) without legal and political consensus sparks fresh political and social turmoil in all regions of Somalia. It is unequivocally clear that the federal system based on clan ownership of territory has become major obstacle to national reconciliation, peacebuilding, and statebuilding in Somalia. It polluted the notion of state, citizenship, and Islamic values and intensified clan rivalry and vanity within the Somali society everywhere.

IMAGINE: SOMALIA UNDER IGAD TRUSTEESHIP IN 2016

Ambassador Mohamed Osman Omar — The story you read is partially fact and partially fiction about what would happen at the end of the tenure of the present Federal Administration and the term of office of the President of the Federal Republic of Somalia and if the promised election fails to take place in September 2016.

Mohamud M Uluso — In violation of the Provisional Constitution, the law on establishing local administrations (districts and regions before federal states), the recommendations of the “Vision 2016 Conference” held in Mogadishu in September 2-6 2013, the mandates of the Ministry of Interior and Federalism, the purpose of Boundaries and Federation Commission, and the impartial mediation between two rival groups, on June 23, 2014, President Hassan Sheikh Mohamud presided a ceremony at Villa Somalia in which he declared the formation of Southwest Federal Member State composed of three regions (SW3)-Bay, Bakol, and Lower Shabelle and rejected the rival one of six regions (SW6) which included Jubbaland State regions- Lower Jubba, Middle Jubba, and Gedo.

America on Somalia’s side

Mr. Mohamud M Uluso — Lately, major news headlines on Somalia have diminished the hope for relief of the human suffering in Somalia.

Mohamud M Uluso — On May 5th, more than 100 parliamentarians signed a letter calling President Hassan to resign immediately. Then, on May 27, 2014, the Intern-Governmental Authority on Development (Ethiopia and Kenya), the United Nations (UN), and the European Union (EU) issued a follow up Joint Statement that ousted (President) Hassan and promoted Prime Minister Abdiweli Sheikh Ahmed as their designated local partner.

Sayidomar Yasin Sheikh — The Somalia’s conundrum, solving it, determines who to win and who to fail in spreading the government suit to all over Somalia, the nub of the Somali’s problem, some got trapped in it to death, others skillfully unraveled it but could not maintain the result to the end!, still the perfect testing ground for any Somali policy driver – Mogadishu, the riddle which challenged the whole world.

Effective action of Somalia’s Kenya Diplomatic Relations and Its Consequences of Regional and International Standpoints — Saleban Cisman | First uneasy diplomatic action of Somalia for a decade of civil-war, after restoration of fully recognized sovereign state is worth-enough in Kenya to explain violation of Vienna Convention on Diplomatic Relations, as well it will have a deep consequences, to the regional and international arena of diplomatic relations between them.