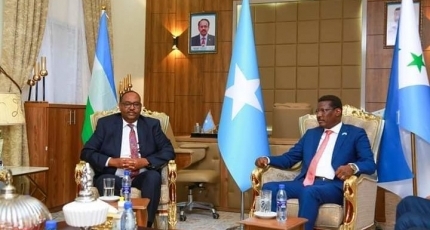 MOGADISHU, Somalia - In a heated speech held in Garowe a month ago, Puntland President has not only criticized the policy of the outgoing President, Mohamed Abdullahi Farmajo but argued that some of his sided regional state leaders, including Ahmed Abdi Kaariye alias Qoor-qoor, considered as hardliners who are there to impress him.

Following that mischievous comment, a meeting aimed to bring the leaders together that was jointly organized by some lawmakers from the two states in the national assembly took place last night in the capital.

On his side, though Qoor-qoor felt uncomfortable how Deni expressed his political view towards the outgoing President through his personality yet admired to get ahead of it.

The reconciliation meeting between the two sides has ended in a good atmosphere and all grievances have been resolved despite the presence of stalemate over the electoral process in Somalia.

Deni and Qoor-Qoor had taken two different sides in the country’s current political turmoil with Puntland lost its neighborhood ally to the federal government whom they had a mutual common interest for many years. 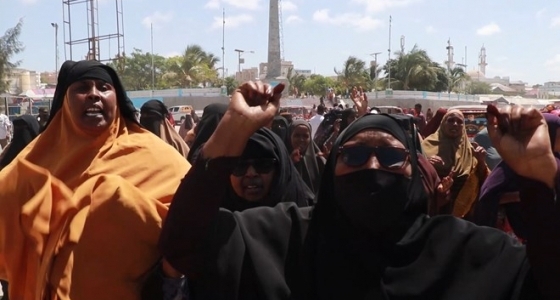 Somalia's Intelligence boss Fahad Yasin who is the right-hand man of Farmajo had dispatched thousands of youths to Eritrea for training without informing their parents.

Rooble representing Farmaajo in the inauguration ceremony of Djibouti’s Geelle

AU rejects calls to put off sending envoy to Somalia

What we know about the Police chiefs killed in Mogadishu bombing?