Thousands migrated from rural areas in the Gedo and Lower Juba region after losing their livestock to the ongoing drought hitting hard most parts of Somalia. 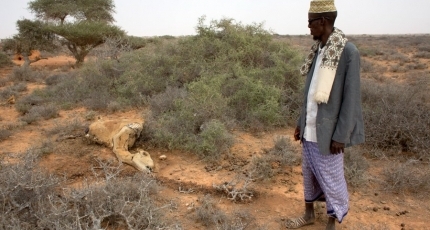 MOGADISHU, Somalia - UN agencies and their partners are warning of catastrophic famine in Somalia next year as dire humanitarian situation continues to grip the Horn of Africa country.

A severe drought struck most parts of the country, mainly Gedo and the Lower Juba region near the Kenyan-Somalia border, where thousands of people are at risk of dying from hunger.

The situation is worsening by the day due to child malnutrition, loss of livestock and livelihoods, as well as ongoing displacement by the pastoralists and farmers from their rural villages.

Also, the US embassy is alarmed by the humanitarian situation and said the USAID is contributing $2 million to provide essential assistance to vulnerable communities affected by drought.

The government of Somalia has failed to help its starving people with immediate food and water. PM Roble appointed a drought committee that is yet to move from Mogadishu.

Somalia is recovering from three decades of chaos that derailed the state-building efforts and stability. Al-Shabaab poses a potent threat to the security of the country and the region. 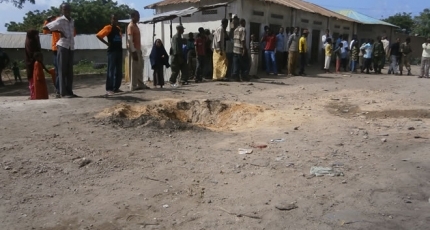 US Navy intercepts a smuggling vessel carrying 40 tonnes of fertilizer