MOGADISHU (Reuters) - Somalia replaced its national security director on Sunday and put its army on alert for retaliation after the Islamist militant group al Shabaab confirmed its leader had been killed in a U.S. air strike.
News Keydmedia Online
7 September 2014 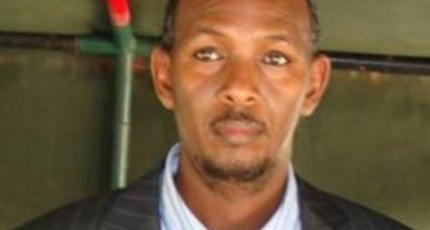 Al Shabaab vowed revenge on Saturday for the killing of Ahmed Godane, named the little-known Sheikh Ahmad Umar Abu Ubaidah as its new head, and reaffirmed its affiliation to al Qaeda.

National Security Director Abdullahi Mohamed Ali had only been in his post since July. In an announcement after a cabinet meeting, government spokesman Ridwan Abdiweli gave no reason for the change but said Ali's deputy would stand in for him.

He said the defense and security ministers had called for "particular vigilance" following Godane's death.

In a speech broadcast on radio and television on Saturday, National Security Minister General Khalif Ahmed Ereg said the government was preparing for possible attacks on hospitals or schools, and put the armed forces on higher alert.

Godane had dramatically raised al Shabaab's profile with bombings and suicide attacks in Somalia and elsewhere in the region, including Kenya and Uganda.

Somali forces and African Union (AU) peacekeepers have mounted push against al Shabaab this year after a surge in gun and bomb attacks in Mogadishu, notably on legislators and the presidential palace.

Western governments as well as neighboring countries want to neutralize a group that they say has exploited Somalia's chaos to attract jihadists from abroad and train them to fight.

Al Shabaab, whose name means "The Youth", wants to impose a strict version of Islam. It controlled Mogadishu and the southern region of Somalia from 2006 until 2011, when it was pushed back by AU forces.