A bomb blast hits a busy market near Somali capital

Afgoye district in the lower Shabelle region is often bombed, targeted by direct attacks, and targeted killings by the Somali government forces. 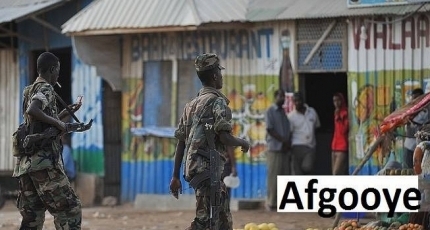 AFGOYE, Somalia - A powerful explosion occurred in the Afgoye district in the Lower Shabelle region on Monday morning, the latest in a series of insecurity acts that show police incompetence.

Eyeyewitnesses said the sound of the blast which resulted from a remote-controlled landmine was heard in many neighborhoods of the district which lies 30 kilometers west of Mogadishu.

The attack took place at the vegetable market in Afgooye, especially where the tax department of the district was stationed. The explosion caused casualties, although the number is not yet confirmed.

The government Security forces arrived at the scene following the incident and stopped the movement of the vehicles and the public during investigations that failed to detain the culprits.

Afgoye district in the lower Shabelle region is often bombed, and targeted by direct attacks, and the killings against security personnel and elders have been on the rise for the past months.