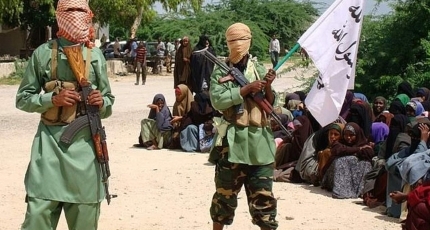 MOGADISHU, Somalia - As the mandate of the AU forces in Somalia [AMISOM] draws near to expiring in Dec. 2021, the International Crisis Group has warned of a sudden withdrawal.

The fatigued financial donors who poured billions of dollars into Somalia to support the AU mission wanted to defeat Al-Shabaab in 14 years but didn't happen due to lack of commitment.

For over a decade, Somalia’s UN-backed government relied on the mission but is nonetheless ambivalent about the need to maintain it, said ICG in its latest report released on Thursday.

The ICG proposed to extend the AMISOM mandate by six months after December 2021 to give partners time to make a reconfiguration plan that contemplates a five-year horizon; seek funding from the UN, African Union, and others to address shortfalls; and encourage reconciliation between Mogadishu and its domestic adversaries.

The first challenge is for the Somali government, AU, and donors – especially the European Union (EU), which pays AU soldiers’ stipends and thus shoulders the bulk of direct mission costs – to agree on the mission’s future.

Somali government asked AMISOM to hand over the security responsibility to its forces and rejected a proposal by AU peace and security council to rehat AMISOM and turn the mission into a hybrid AU-UN force, a plan Mogadishu boycotted, argues it is against its security strategy.

Al-Shabaab remains a potent threat to Somalia's security and it controls large swathes of territory. The group continues to stage deadly attacks in the country and beyond the borders, posting threats to the entire East Africa.