The defection comes amid a stepped-up military operation against Al-Shabaab in the south of the country. 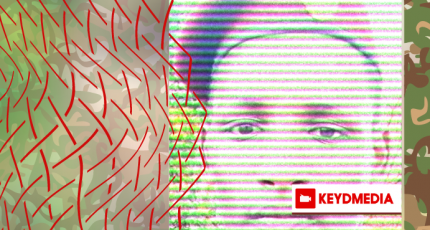 HUDUR, Somalia - A high-ranking Somali military officer has surrendered himself to the Al-Qaeda-linked Al-Shabaab in a shocker move as the war against the terrorist group intensified in the south of the country.

Mustafa Moalim Hassan defected from Hudur, the regional capital of Bakool after serving in the 144 division of the 9th battalion of the Somali national army [SNA] for a long time and took part in numerous battles that led to the liberation of key areas from the group.

His defection is seen as a disastrous sign with the authorities fearing other fellow soldiers will follow suit to join the terrorist group which poses a potent threat to national security.

Keydmedia Online has learned that Hassan with his AK-47 riffle ditched the SNA and fled to Garasweyne, where he was welcomed by a senior Al-Shabaab commander named Abdullahi Humow, who is in charge of the area.

Somalia's defense ministry is yet to comment on the defection of the army commander which comes amid increased military operations in the Middle Shabelle region, where hundreds of militants and soldiers were killed.

Al-Shabaab had emerged in 2008 from the now-defunct Islamic Courts Union, which once controlled south and central regions in Somalia, including the capital of Mogadishu for one year.

Despite losing ground, the militant group launched its own insurgency on major Somali cities, mainly targeting military bases and government buildings as well as the diplomatic missions in Mogadishu's Halane compound.