There was no immediate confirmation of the casualty figures as the security forces still battle to end the siege at the hotel. 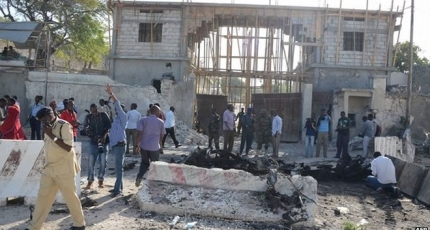 MOGADISHU, Somalia - Al-Shabaab militants laid a siege at one of the upscale hotels in a heavily fortified area in the Somali capital, Mogadishu on Sunday evening.

As many as three gunmen made their way into the Rose hotel building around Villa Somalia after an explosion at the entrance gate, according to an eyewitness, speaking to KON by phone.

At the time of the attack, there were several ministers and lawmakers as well as security and government officials in the hotel. The police said several people have been rescued from the building.

The attack comes days after the prime minister of Somalia Hamza Abdi Barre said 600 Al-Shabaab members were killed and 1,200 wounded in the ongoing military operations.

In August this year, Al-Shabaab attacked Hayat hotel in K4 junction in the capital, where the attackers battled against the security forces for 30 hours, becoming the longest assault in Somalia.