Al-Shabaab has been battling the UN-backed government in Somalia for almost 10 years. 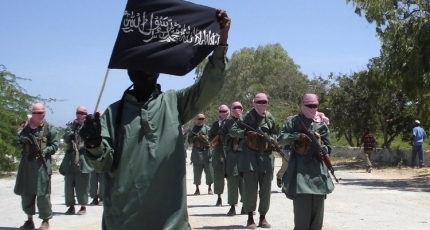 The abduction took place in Rahole village, located about 6km from the district which is under the control of the Somali government and Ethiopian troops.

The abducted youths are identified as Ali Janay Nunow Hassan, Osman Ali Bari, Abdiqaliif Ali, and Abdirashid Ali. It's not yet known the whereabouts of the four men and the location they are held.

Al-Shabaab has stepped up attacks against small locations around Diinsoor and tortured local elders for disobedience as part of its efforts to tighten the blockade on the government-controlled town.

The group burnt down donkeys ferrying commercial goods to the district and cut off all supply routes. The militants attacked Yaqbarawey, 60Km away from Diinsoor in the latest crackdown on the business activities.

Al-Shabaab, the Al-Qaeda's East Africa branch has been pushed out of most of the large cities it once held, like the capital Mogadishu, but the group remains a potent threat to security.