The terrorist group often carries out mass executions against people it accused of being spies and government soldiers in the country. 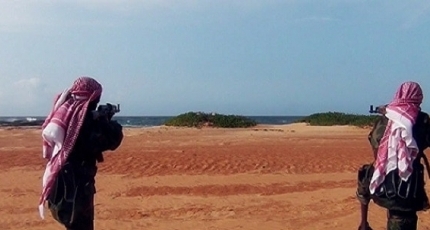 MOGADISHU, Somalia - The Al-Qaeda-linked Al-Shabaab group announced on Wednesday it has publicly executed two men in a square in Jamame district in the Lower Jubba region.

A court belonging to Al-Shabaab has handed down the death sentence against the two men identified as Mohamed Mowlid and Abdullahi Hassan before facing the firing squad.

Hassan was accused of being a sorcerer while the second victim was said to be a member of the Somali military. There were no lawyers who defended the convicts during their trial.

Hundreds of people, including women and young children from different parts of Jamaame were forced to watch the shocking public execution which took place on Tuesday afternoon.

Al-Shabaab has in the past killed people in public squares in the south and central Somalia, mostly accusing them of collaborating with the Somali and western intelligence agencies.