The takeover comes amid a parliamentary election in a country that has been in chaos and lacks of strong government for the past three decades. 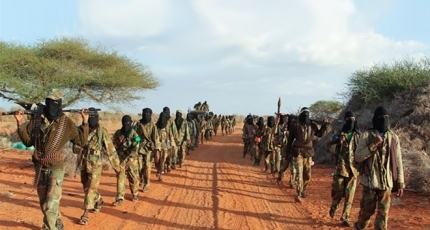 MOGADISHU, Somalia - Al-Shabaab has retaken a small town in southern Somalia after a major attack that forced Somali forces to abandon their military bases, residents said.

The town of Daynuney, which lies about 25 km to the northwest of Baidoa, is in Somalia’s Bay region has fallen to Al-Shabaab's hands after a heavy battle that caused casualties.

Somali army’s 60th division was running an outpost in the key area to protect the city which serves as the interim seat of the Southwest State of Somalia led by Abdiaziz Lafta-Garen.

The military commanders in the region did not respond to requests by Keydmedia English for comment on the surprise pullout from the town. But Al-Shabaab says it is in full control.

The strategic district has changed hands between the government and Al-Shabaab for the past few years and this has created fear among the local villagers who paid the most price.

The takeover comes amid parliamentary polls in Somalia after 1-year delays in the schedule due to a political crisis in the country that resulted from Farmajo's leadership failure.

During his presidency 2017-2021, Farmajo led Somalia to a dangerous situation after plotting a bloodless coup in April this year which put the country on the brink of a second civil war.