After attempting to attack a military facility in Mogadishu, 29 al-Shabaab militants were killed, according to a high-ranking SNA commander. 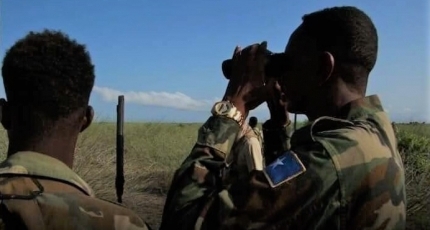 Elite forces of the Somali National Army (SNA) on Friday killed 29 militants of al-Shabab in the southern region, a military official said.

Special Gorgor Unit commander Mohamed Sheikh told China's state agency Xinhua that the army foiled an attempted attack by the militants on the military base in Barire, a town about 60 km south of Mogadishu.

We killed 29 al-Shabab fighters here in Barire today after they attempted to attack us at our base,

The commander said on the phone.

We thwarted the attack and pushed them back with heavy casualties

He said that one soldier was killed while three others sustained injuries during the operation.

The operation came as al-Shabab intensified attacks on SNA and African Union military bases and key government installations in Mogadishu as well as other regions in south and central Somalia as the Horn of Africa country holds parliamentary elections.