Galmudug state in central Somalia has been embroiled in internal rivalries and divisions since its foundation just 15 years ago. 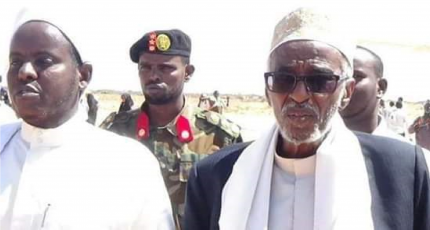 The locals said the Sufi paramilitary group militia combatants moved into the town, about 500 kilometers north of Mogadishu on Friday without facing resistance from the SNA soldiers.

Residents took to the streets to welcome Ahlu Sunna forces who have taken control of the town after nearly two years. The takeover came following a bloody battle in Bohol on Thursday.

Since their return to Galgadud last month, Moalim Mohamud, the spiritual leader of ASWJ, and his deputy Sheikh Mohamud Shakir have been recruiting youths in readiness for an attack against government and Galmudug troops in their previous strongholds - Guri'el, Mataban, and Dhusamareb.

The moderate Islamists launched their insurgency at the start of 2009 to drive out Al-Shabaab from the Galgadud. ASWJ leadership said they lost more than 3,000 fighters to liberate the region from the Al-Qaeda-linked group in 2011.

The group is now making a comeback which many analysts believe to be the start of the end of the current Galmudug administration led by Ahmed Abdi Karie Qoor-Qoor, who was accused of incompetence and failed leadership.