AMISOM which is comprising of Uganda, Burundi, Djibouti, Ethiopia, and Kenya forces failed to defeat Al-Shabaab for 15 years of operation in the country 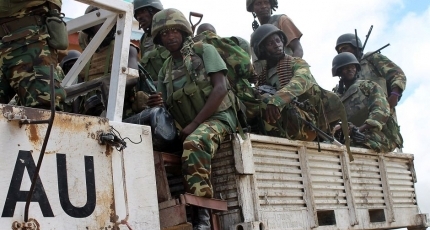 MOGADISHU, Somalia - This month marks the end of 15 years of AU military operation in Somalia with no clear plans in place to fill the vacuum of security in the Horn of Africa nation.

AMISOM which is comprised of Uganda, Burundi, Djibouti, Ethiopia, and Kenya forces failed to defeat Al-Shabaab for 15 years of operation in the country beset by three decades of war.

The Foreign Minister and AU military official discussed the mandate of AMISOM, which is set to expire by Dec 31 as well as the implementation of the Somali Transition Plan [STP].

The African Union Mission in Somalia is made up of 22,000 soldiers who receive salaries from the EU and other donors helping Somalia in the state-building and restoration of peace.

AU Peace and security council proposed to turn the AMISOM into a hybrid AU-UN mission, a move that Villa Somalia rejected, arguing time has come to end the foreign forces' presence.