Farmajo has stayed in Villa Somalia, the state house for more than five years, one year beyond his four-year term that expired in February 2021. 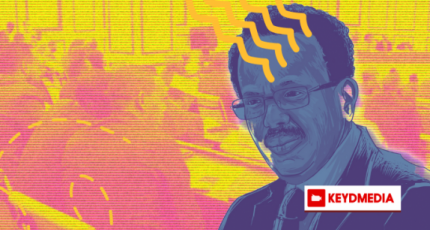 MOGADISHU, Somalia - Somalia has been at the forefront of one of the most corrupt countries in the world for 30 years due to a lack of accountability in the country which is resolving a conflict.

Keydmedia Somali service has learned from multiple reliable sources within the finance ministry that a total of $ 1.766 billion is missing from the annual budgets from 2018 to 2021.

In his first year in Villa Somalia, 33.7 million was missed from the 2017 budget that had been lately approved by the 10th Parliament in 2019. This led to the disbandment of the finance committee.

The sources added that the dissolution of the parliamentary finance team was a tactic to avoid holding the government led by PM Hassan Ali Khaire accountable for the embezzled public funds.

Farmajo, according to the sources Farmajo has used the money for his failed re-election campaign, producing loyal lawmakers to vote for him and ouster of the dissent the Federal States leaders.

Farmajo, whose term ended in Feb 2021, added more than a year to his rule illegally, becoming the longest-serving president in Somalia since the ouster of military leader Siyad Barre in 1991.

He boasted during his presidency that he had fought corruption, contrary to reports by Transparency International that Somalia remained at the forefront of the most corrupt countries in the world.

Most senior military officers, ambassadors, diplomats, and general directors of ministries were appointed to individuals from his own clan [Mareehaan], which showed how corrupt he was.