Farmajo “meddling” in the election of Banadiri MPs

The outgoing president plotted a coup to stay in power beyond his 4-year mandate that ended in February 2021. 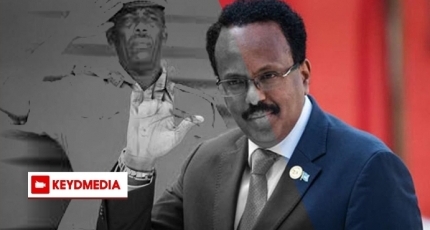 MOGADISHU, Somalia - The election of the chairmanship of an electoral team for Banadiri lawmakers in the parliament has been postponed to an unspecified date due to interference by the office of the outgoing Somali president Mohamed Abdullahi Farmajo.

Sources revealed to Keydmedia Online that Farmajo plotted to hijack the process in an attempt to help his supporters to win the race for the Banadir election commission leadership which was due to be held on Wednesday, July 7.

The traditional elders and scholars of the Banadiri community called on the president to stop interfering with their electoral issues and let the PM-appointed poll team be independent in picking who will lead it during the voting exercise.

Farmajo, who was accused of violating the power-sharing system in Somalia seeks to bring candidates not hailing from the community into the race and lobbying for their election, a move that raises concerns of lack of transparency in the upcoming election.

The outgoing leader is seeking a second term in office, relying on Fahad Yasin, the NISA head who is making tireless efforts to rig the election by including civil servants, intelligence agents, and Farmajo cronies in the national electoral commission.

This comes as the country is heading to the polling stations this month to pick the next parliament which will then vote for a new president on October 10 amid challenges in the implementation of the May 27 electoral deal.