The leader of HirShabelle state Ali Gudlawe announced the list of the candidates last week following months of consultations with the stakeholders. 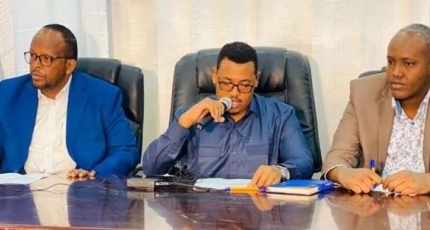 JOHWRA, Somalia - HirShabelle state has decided despite all odds to elect its senators on Tuesday, September 14 amid rising security fears and continued interference from Mogadishu.

The HirShabelle's SEIT said it is in the final preparation of the vote for the eight seats in the Upper House chamber of parliament after wrapping up candidate registration on Sunday.

As the electoral process is going on smoothly in Jowhar city, HirShabelle state will kick-start the election of the senators on Tuesday with 27 candidates are expected to run for the seats.

The candidates, including Muse Sudi, a fierce Farmajo critic are expected to make their pitches to the State Parliament Today before voting commences Tomorrow, according to SEIT.

The vote comes days after the leader of HirShabelle state Ali Gudlawe announced the list of the candidates last week after months of consultations with the clan elders in the region.

The election in Somalia has been beset by an internal political crisis and a power struggle between the stakeholders - the central government and the five Federal States in the country.