After an investigation by Human Rights Watch, AFRICOM admitted responsibility for killing Abdi’s niece and injuring his other relatives, who the Americans said were “not visible” during a strike on a “targeted individual.” 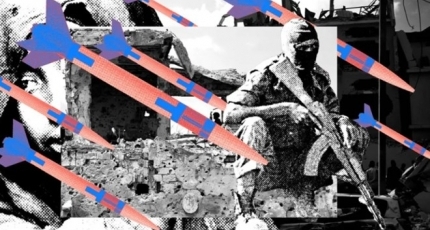 A groundbreaking report into deaths and catastrophic damage done to civilians by U.S. counterterror airstrikes in Somalia has unearthed a shocking array of suffering—including the alleged killing of children—and demanded an end to the current targeting practices employed by American forces outside of conventional war zones.

The new report from Dutch nonprofit PAX—seen by The Daily Beast—specifically focuses on Jubbaland, the southernmost state of Somalia, where most U.S. airstrikes have reportedly occurred regularly since the first public American counterterror strike in the east African country in 2007.

Covering an area roughly the same size as Virginia, Jubbaland is the only one of Somalia’s six states which contains a region entirely controlled by the militant Islamist group al-Shabab. The impact of U.S. operations against the group on Jubbaland’s innocent civilians has largely been overlooked in reporting on Somalia until now.

Although years of U.S. strikes have killed several significant leaders in al-Shabab, they have not broken the militant group’s grip on Somalia or stopped its ability to carry out atrocities. In fact, testimony cited in the PAX report suggests the strikes may even be counterproductive—serving as a recruitment tool for the militants as U.S. airstrikes become propaganda.

Even while al-Shabab is detested by those who have to live under the group’s rule, Somali civilians interviewed for the report question whether U.S. airstrikes are really serving their security interests. As one civilian quoted in the report says, the cost of the strikes may be “too much to kill three or four al-Shabab. It is too excessive.”

While official data from the United States Africa Command (AFRICOM) acknowledges that its operations have killed five and injured 11 Somali civilians, estimates from independent monitoring groups have put the true toll much higher. The U.K. nonprofit Airwars estimates that between 78 and 154 Somali civilians have died in strikes either confirmed or likely to have been conducted by U.S. forces.

But the new report—based on interviews with Somali civilians affected by airstrikes, Somali officials, and defectors from al-Shabab—suggests that civilian deaths are only one thread in a wide tapestry of harms created by U.S. strikes.

Displacement, property damage, loss of livelihoods, and enduring psychological trauma were also reported as unintended consequences of the operations. PAX’s report is based on Somali civilians’ claims, but the group could not independently verify their allegations or definitively attribute the strikes described to U.S. forces. The majority of the report concerns airstrikes conducted during Donald Trump’s administration.

The report also raises questions about the U.S. military’s targeting and reporting practices, and the rules in place authorizing airstrikes in Somalia. Amanda Sperber, a researcher, and reporter who wrote the PAX report says the particularities of the situation in Jubbaland, where al-Shabab is the only form of government, create a particularly dangerous situation for civilians. “Under AFRICOM’s definition of ‘combatant’, it’d be difficult to see who’s not a legitimate target, given the fact that al-Shabab has forced itself into Somali society and runs a shadow government and tax system in the areas it does not outright control,” Sperber told The Daily Beast. Sperber has previously contributed to The Daily Beast.

Given the degree to which the group is embedded in the region, many lower-level al-Shabab members have joined out of necessity to make a living. Others still are forced in through the threat of torture. Even then, members of the group may carry out non-combatant roles such as collecting taxes or caring for al-Shabab’s livestock—but still live in fear of being targeted by U.S. airstrikes.

Previous reporting has tried to shed light on how the U.S. grants permission to conduct counterterror airstrikes in regions considered to be outside conventional war zones. During Trump’s administration, rules surrounding who could be targeted for “direct action”—lethal force—in these areas were loosened to such a degree that the ACLU described them to be an “unchecked license to kill.” In October, the New York Times reported that President Biden signed a classified policy—referred to as a presidential policy memorandum— to formally replace Trump’s guidelines which had been paused by temporary limits put in place on Biden’s inauguration day. “The fact that this required review kind of highlights to me that it was a problem, to begin with,” Sperber says.

But while the basis for who can be targeted by U.S. counterterror strikes in places like Somalia remains opaque, the effects the strikes can have on affected civilians are unambiguous.

Most Jubbaland cases of civilian injuries reviewed for the PAX report involved people being hurt by shrapnel and debris from missile strikes, resulting in deaths and disabilities. Among those allegedly killed or injured are six children. One person interviewed for the report said a 2 a.m. strike outside the settlement of Berhani claimed the lives of a mother and child, while another spoke of her neighbors’ house being flattened in an airstrike which reportedly killed two boys inside the building.

One woman—pseudonymously referred to in the report as Amburo—now lives in a displacement camp in the Jubbaland capital, Kismayo, after her house in a village near Berhani was hit by a strike around five years ago. She says she heard the sound of an aircraft overhead as she was washing clothes when the blast occurred. Her sons—one of whom was just 2 years old, and the other even younger, still breastfeeding—were fatally wounded by shrapnel. Amburo was also wounded and is now permanently blinded in one eye.

Another woman, referred to as Jamilah, was wounded in a 2018 airstrike in the Hosingow area of Lower Jubba. It’s unclear if the U.S. or another actor such as the Kenyan military conducted the attack. She still has shrapnel stuck in her back, thighs, and arms, and now struggles with mobility issues. Jamilah also now lives in a displacement camp. Her firstborn son, who Jamilah says was psychologically changed by the airstrike, is also in the camp. Mentally ill people in Somalia have been known to be chained up to avoid injuring themselves or others, and Jamilah says her son is now restrained for long periods.

Beyond physical and mental harm, PAX alleges that U.S. airstrikes in Jubbaland create other harm for civilians too. Interviewees reported losing cattle and crops in blasts, destroying their means of livelihood. Victims say they have also faced the economic hardship of medical bills after strikes, as well as being suspected as members of al-Shabab—even when they insist they aren’t—as neighbors believe they must have been targeted for a reason. Worse still, strike victims say they have been actively targeted by al-Shabab recruitment efforts in the wake of attacks as the group hopes to capitalize on resentment toward the U.S.

“Any airstrike that kills or injures or causes casualties on civilians will help al-Shabab. Of course, al-Shabab will use this as a propaganda tool,” Mohamed Osman Abdi tells The Daily Beast. He knows all too well how American counterterror operations in Somalia can produce catastrophic outcomes. In February 2020, a U.S. airstrike in Jilib killed his niece, Nurto Kusow Omar Abukar, who was around 18 at the time. The attack also wounded his mother-in-law, Khadija Mohamed Gedow, and injured two of his other nieces, Fatuma Kusow Omar and Adey Kusow Omar.

After an investigation by Human Rights Watch, AFRICOM admitted responsibility for killing Abdi’s niece and injuring his other relatives, who the Americans said were “not visible” during a strike on a “targeted individual.”

Abdi, who works as a journalist with Somalia’s National News Agency, attended a conference on counterterrorism messaging the day after the airstrike at which he spoke to an AFRICOM official. “I told them what happened—that I am a victim of that airstrike,” Abdi says. He claims the official told him that AFRICOM always tries “to avoid civilian casualties.” After posting about the airstrike on social media, Abdi says he was contacted by Somali government officials who pressured him into keeping quiet.

When friends and relatives advised him to stop speaking out, Abdi recalls that he told them: “This is what happened to my family. Let them kill me even—I’ll tell the truth. I’ll explain what happened. I will explain to everyone who seeks to speak to me.”

To this day, Abdi says that his niece Fatuma, who was 14 at the time of the strike, struggles as a result of her injuries. “When you ask her to lift or bring you five or four liters of water from another place, she feels pain,” he said, adding: “Sometimes she has some problems of the mind.” His younger niece, Adey, who was around 10 at the time of the strike, suffered from nightmares. “She used to wake up at midnight either to cry or scream because of what happened that night,” Abdi says. “That was mostly her problem. We had given her therapy.” His mother-in-law, now around 80, needed treatment for injuries to her eyes and leg. Abdi says: “Now she’s OK from the eyes, but she still feels pain from the leg.”

In the two years since the attack, Abdi says he has received no formal apology or compensation for the horror inflicted on his family. “It is very shocking,” he says. “To be honest, I was totally heartbroken to experience and see such [a] terrible reaction from AFRICOM who was behind this awful attack against innocent civilians who are not affiliated to any group or al-Shabab.”

In light of the harm caused by strikes on Somali civilians, PAX’s report calls on AFRICOM to consider temporarily ceasing its airstrikes in Somalia, conduct an independent review of its ability to distinguish between al-Shabab militants and civilians, and offer amends in the form of payments to those civilians who have been harmed by strikes. The report also recommends that the Department of Defense suspends its operations in the country—particularly in light of reports that they’re being used as a recruitment tool by al-Shabab—and calls on the U.S. government to be more transparent about Biden’s recent Presidential Policy Memorandum (PPM) that guide the use of counterterrorism drone strikes outside conventional war zones.

“Somalis do not like al-Shabab and they are happy to have support,” Sperber says. “I think the issue is just [in light of harm to civilians], is this the best strategy for doing it?”

The Daily Beast has contacted the Department of Defense and AFRICOM for comment.