Fahad was kicked out of the spy agency by PM Roble in September 2021 after the family of Ikran Tahlil sued him in the military court along with the other three top intelligence officials alleged behind the murder. 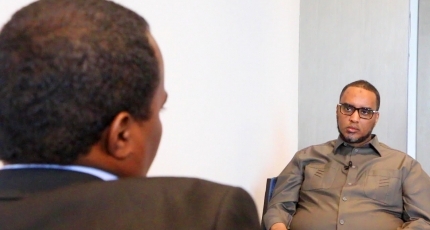 MOGADISHU, Somalia - It was the interview that some within the Somali government must have feared -- but Fahad Yasin's series was more revealing, explosive, and potentially damaging to NISA than many could have imagined.

The former intelligence chief accused the three top officials of being responsible for Ikran Tahlil's mysterious death after handing over the NISA's cybersecurity expert to the terrorist group last year.

Yasin, who served as spy chief for two years from 2019 to 2021 did not provide any evidence to support the allegations, nor did he say why the 25-year-old, who had worked for NISA for three years, was abducted in June last year and killed her.

The girl's family filed a lawsuit against Fahad, Abdullahi Kulane, NISA's ex-HRM head, the immediate acting director Yasin Farey and a third person named Wadna-Qabad in the military court in 2021 but so far no justice has been served.

Tahlil has had sensitive information about the recruitment of thousands of youths by Fahad Yasin who was sent to Eritrea between 2019 and 2020 for training and the assassination of Mogadishu mayor Eng Yarisow in 2019. This could be the main reason she was targeted, according to intelligence sources.

The ex-NISA head denied reports that the troops were sent to Tigray and the majority of them killed while battling against the TPLF. "No single soldier sent to Ethiopia or even outside his camp," he added.

Yasin warned his loyalists in NISA against sharing information with the new boss Mahad Salad, saying it could put the country's secrets in danger and could be leaked to the "enemy".