Opposition candidates worried about how Farmajo is handling the election

The ongoing Senate election saw fraud and vote-rigging in what could lead the country to post-election violence, says the candidates. 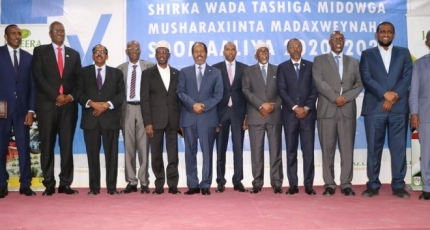 MOGADISHU, Somalia - The Opposition candidates are meeting for a second day in Mogadishu on Sunday to discuss the country's ongoing parliamentary elections, which have already sparked criticism of interference, favoritism, and looting of the Senate seats.

Today, the candidates, including former presidents, PM, and ministers have held a meeting with the Federal Electoral Implementation Team [FIET] to share their concerns about the election as things are not going on as planned and expected.

The opposition has repeatedly accused incumbent president Farmajo of meddling in the electoral process in Somalia to win the battle for his re-election bid spearheaded by NISA boss Fahad Yasin who is hand-picking the MPs.

At the end of the three-day talks, the opposition alliance expected to issue a joint communique to declare their stance on the ongoing election which is marred by corruption and irregularities.

Since December 2020, Somalia's elections have been delayed twice due to political differences between Farmajo and regional states, some - Galmudug, HirShabelle, and Southwest allied to Villa Somalia and Jubaland and Puntland on the opposition side.