Progress made in Hiran talks but some issues remain unresolved - official

The local people are against the visit by HirShabelle state leader Ali Gudlawe to Beledweyne city, where mutinous forces are in control. 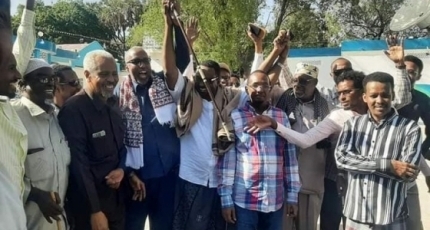 MOGADISHU, Somalia - The former NISA boss Abdullahi Sanbalolshe said that significant progress has been made in the ongoing talks on the conflict in Beledweyne, Hiran regional capital, but a number of key issues remain to be solved.

Speaking to the media on Saturday, Sanbalolshe said a preliminary agreement had been reached on the mutiny of members of the Somali National Army [SNA] who seized control of Beledweyne on 22 August 2021.

No deal on the contentious issue of HirShabelle president's visit to the central city, said the ex-spy chief, adding that local elders and politicians, including state vice president Yusuf Dabageed attended a two-day meeting that focused on the current crisis within the region.

Sanbalolshe added that they have worked on steps to bring an end to the conflict and have succeeded to convince the mutinous forces called themselves as "Hiran Salvation army" to move out of the city and go back to their military bases.

The standoff in the region stems from the visit of President Guudlaawe whose election in late 2016 was strongly opposed by the people who argue that it violated the regional administration's power-sharing deal.

They [Hiiraan people] have accused Somalia's outgoing president Mohamed Abdullahi Farmajo of being behind the current division and animosity among the clans which could throw HirShabelle into war.

Major crimes have taken place in Somalia, including targeted assassinations, extradition of Qalbi Dhagah, and raid against opposition and former leaders during Farmajo's presidency from 2017 to 2022 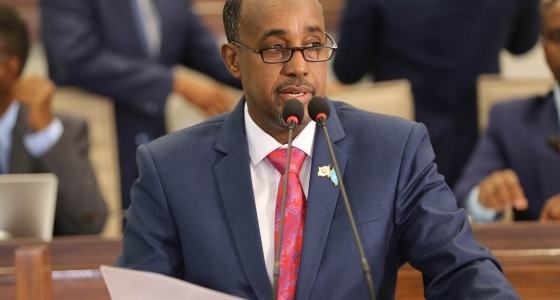 Major crimes have taken place in Somalia, including targeted assassinations, extradition of Qalbi Dhagah, and raid against opposition and former leaders during Farmajo's presidency from 2017 to 2022