Al-Shabaab which is facing military pressure from multiple fronts didn't release a statement in response to SNA claims. 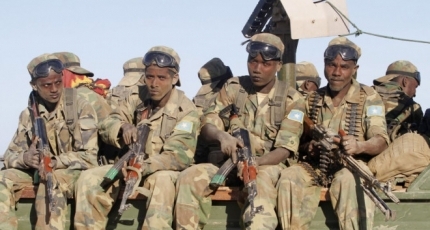 MOGADISHU, Somalia - Somali military has killed 60 terrorists in an operation against Al-Shabaab in the Lower Shabelle region, where an affiliate of Al-Qaeda has been active for nearly a decade, according to the military.

The counter-attack came after Al-Shabaab militants targeted military bases in Anole, one of few villages liberated from Al-Shabaab last year by Somali and AU troops.

The state media, citing an unnamed military official reported that the operation destroyed 20 hideouts and four explosive-laden vehicles meant to carry out attacks in the capital.

Early this month, the Somali military claimed it killed more than 270 Al-Shabaab members during massive operations in the Middle and Lower Shabelle regions as well as Mudug, all in the south and central Somalia.

Al-Shabaab which is facing military pressure from SNA and AMISOM on multiple fronts didn't release a statement in response to SNA claims.

Despite losing large swathes of territory, Al-Shabaab continues to stage deadly attacks in Mogadishu. Last week, a bomber killed five at a restaurant near the intelligence headquarters.