The murder has sparked public outrage and a series of protests in Mogadishu against the AU troops behind the massacre. 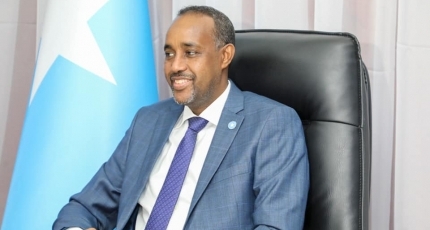 MOGADISHU, Somalia - The prime minister of Somalia Mohamed Hussin Roble has appointed on Saturday a ministerial-level committee to investigate the killing of unarmed civilians in the Lower Shabelle region on August 11, calling the incident "unacceptable and heinous".

The inquiry team which is made up of ministers of defense, security, interior, and justice will work with AMISOM on the investigation of the murder of seven Somali civilians, including five farmers shot dead in revenge of Al-Shabaab.

Ugandan soldiers serving under AMISOM - African Union Mission in Somalia were responsible for the killing of the people in the vicinity of Golweyn town after their convoy was attacked by Al-Shabaab militants. One UPDF soldier was reportedly killed in the ambush.

PM Roble held a meeting on the issue with Uganda's ambassador to Somalia Nathan Mugisha in Mogadishu on Saturday and AMISOM chief who extended condolence to the Somali government and announced that the soldiers behind the civilian killing are in custody.

AMISOM changed a previous statement, saying it killed terrorists in a counter-attack near Golweyn area. The AU mission now confirmed that the victims were not Al-Shabaab as a preliminary investigation established.

"The AU mission is directly working with the Federal Government of Somalia and the affected families to carry out a swift and transparent investigation which should be concluded by September 6," said AMISOM in a statement.

Since their arrival in 2007, AU troops from Uganda, Burundi, Kenya, Ethiopia, and Djibouti have been facing accusations of committing atrocities against civilians, including killing and rape against women and girls.

The AMISOM forces are protecting the UN-backed Somali government based in Mogadishu and helping it in the fight against Al-Shabaab, which was driven out of the capital in 2011 and nearby towns during operations with local soldiers.