After hearing his case, the top court sentenced the ISIS members to 15 years in military prison, and he has been given 30 days to appeal against the verdict. 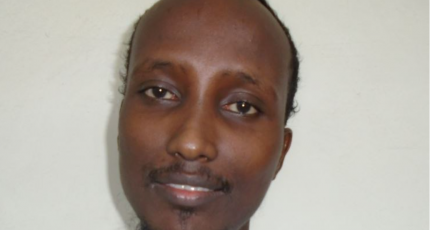 MOGADISHU, Somalia - A Somali military court in Mogadishu has announced on Monday it sentenced a man accused of being a member of the Islamic State group in the country.

Abdirizak Mohamed Abdi Jimale who joined Al-Shabaab in 2008 and fought with the group as an active fighter in the battlefields in Somalia defected to ISIS in 2016, according to the court.

The prosecutors found him guilty of terror offense and transferring $400,000 (four hundred thousand dollars) between 2019-2020 while serving as ISIS money transfer head.

Jimale had closely worked with Bilal Hajji, the deputy leaders of Islamic State militants in the Horn of Africa country, and he was an influential operative within the group.

After hearing his case, the top court sentenced the ISIS members to 15 years in military prison, and he has been given 30 days to appeal against the verdict.

ISIS faction has bases in Puntland’s Golis mountains since its establishment in late 2015 by Abdulkadir Mumin, a Somali-British who served as Al-Shabaab preacher before his defection.

Al-Shabaab and ISIS pose a potent threat to Somali security as well as the entire East Africa as both groups were responsible for deadly terrorist bomb and gun attacks in the past.