Somalia’s Galmudug on brink of collapse after Guri’el takeover

ASWJ regain control of three main towns in Galmudug from Somali troops without battle, a move that the Sufi group aims to return to power. 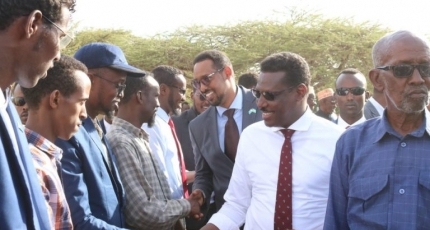 MOGADISHU, Somalia - Almost three days have passed since the moderate Islamic group of Ahlu Sunna took over Guri'el in the Galgadud region without a battle. Now Galmudug seems it is on the brink of collapse as Somalia is facing a prolonged political and election crisis.

Ahlu Sunna is now in control of Guri’el, Mataban, and Eldhere and inching closer to Galmudug state capital, Dhusamareb. If this happens, it will be the start of the end of President Qoor-Qoor’s leadership.

The security situation has been calm since the unanticipated takeover with local residents welcomed the change in control as ASWJ fighters tightens their grip on power.

Galmudug state is making preparation for fresh offensive with ASWJ was reportedly recruiting youths in different places in Galgadud region of central Somalia to fight.

In the past two days, Galmudug received additional troops from Somali police and military who were deployed to Dhusamareb, where military plans are underway.

On Saturday, ASWJ paraded fighters armed with machine guns and RPGs in Guri’el who vowed to fight to the end in the protection of their spiritual leaders – Sheikh Shakir and Moalim Mohamud.

The Sufi sect was driven out of Galmudug last year after Somali forces attacked their base in Dhusamareb ahead of Qoor-Qoor’s election as president in February 2020.

The flights to and from Guri’el city in the Galgadud region remained suspended for the second consecutive day and diverted to Dhusamareb. This came after the seizure.

ASWJ ruled out it wants to disrupt the ongoing parliamentary elections in Somalia, saying their comeback is aimed to flash out Al-Shabaab from the entire Galmudug.

Ahlu Sunna ruled most parts of Galmudug after seizing control of main towns from Al-Shabaab in 2011. The group stayed in power for almost 10 years until last year.

A number of outgoing lawmakers and ministers in the Federal Government of Somalia have held a press conference in Mogadishu on Saturday to condemn the ASWJ offensive.

Speaking to the reporters, MP Mahad Salad accused Ahlu Sunna of attempting to hijack the Federal State led by Qoor-Qoor, calling locals to unite in defense of their administration.

Salad added that ASWJ’s return to Galmudug is behind political purposes as the group wants to bargain the territory they are now capturing with the next government to get their members appointed to senior public offices.

‘Calls for peace and dialogue’

Somali PM Mohamed Hussein Roble, Professor Abdikadir Mohamed Shirwa, a traditional leader of the Habargidir, a sub-clan of Hawiye, prominent politicians and former presidents called for an immediate end to the conflict and resolve the differences through dialogue.

They have urged both sides to exercise restraint to avoid an all-out war that could worsen the situation in the Galmudug state and derail efforts to hold the Lower House election in Dhusamareb city.

Although there have been no talks between the Galmudug and Ahlu Sunna, President Ahmed Abdi Karie (Qoorqoor) has been holding crisis meetings in Dhusamareb to find a resolution to the renewed conflict.

The people of Somalia have celebrated their Independence Day both at home and abroad with the political leaders promising to unite again the country and resume dialogue with the Somaliland region. 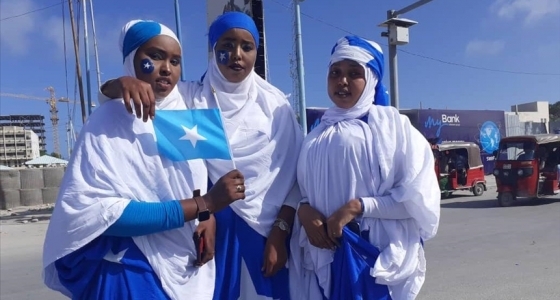 The people of Somalia have celebrated their Independence Day both at home and abroad with the political leaders promising to unite again the country and resume dialogue with the Somaliland region.