Instead of a reward, they bore the brunt of xenophobic attacks and dozens of them have been killed and their shops looted in the country by armed local gangs waging campaigns to target all foreigners. 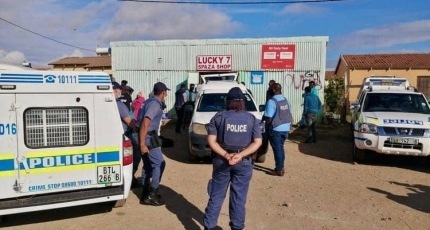 CAPE TOWN, South Africa - The number of the targeted brutal killings of Somali entrepreneurs in South Africa is increasing every year with no immediate solution in sight.

The Somali citizens have invested heavily in the last 10 years in the country, contributing to the economy by paying heavy taxes and bringing to open retail businesses in the country.

Instead of a reward, they bore the brunt of xenophobic attacks and dozens of them have been killed and their shops looted in the country by armed local gangs waging campaigns to target all foreigners.

South Africa witnesses the highest levels of violent crime in Africa with police failing to stop the rising violence against the migrants who fled to this country to find business or job opportunities.

The latest Somali national to be killed was Abdikadir Omar in May by gunmen in Bellville, Cape Town, where he used to run a business that was looted during the attack.

This is the 35th killing in South Africa in this year, 2021 alone in what appears that Somali nationals are the most community to be executed.

The killings were carried out by gangs, who claim that their jobs and businesses have been taken over by foreigners from across Africa, mostly Somalis and Ethiopians.

The latest reports say that three Somali shops were looted last night in KwaNobuhle Township in the Eastern Cape, where riots are taking place.

South African government has been blamed for ignoring the growing calls to curb the hatred and the rampant killings. This is indicating that are satisfied with the deaths and property loss of the migrants.

The Somali government has failed to protect Somali nationals being killed in South Africa and other countries, where they are being constantly persecuted, raped, tortured, and mistreated in jails.