At least 30 people, including 13 civilians are confirmed dead and thousands displaced by the voilence. 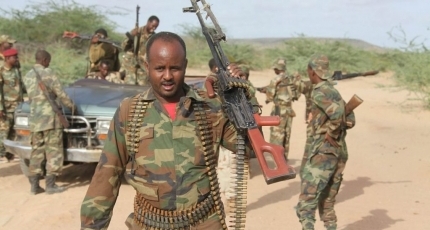 MOGADISHU, Somalia -  Thousands of families fled their homes in central Somalia a day after deadly fighting between Al-Shabaab and government forces, a UN agency said on Monday.

The office of the UN OCHA in Somalia has confirmed the deaths of scores of people as a result of the battle and calls for all parties to respect and protect the innocent civilians in Wisil, a small town located approximately 857 kilometers from Mogadishu.

The UN relief agency said the displaced people have reached nearby peaceful areas, including Xero Dagaxley, Hobyo, and Galkayo within the Mudug region amid fears of more clashes between the Somali army and Al-Shabaab.

"Reports from Galmudug indicate that thousands of people were displaced by violence in Wisil town, Hobyo district, and arrived at Xero Dagaxley, Hobyo & Galkaacyo. Scores of civilians killed or injured. UN OCHA in Somalia urges parties to conflict in Somalia to respect & protect civilians," said the agency.

The violence in Wisil surged after heavily armed Al-Shabaab fighters stormed SNA military base early on Sunday morning. The attack began with car bombings that followed the militants to enter the camp, where a deadly gunfight occurred.

The latest fighting follows a mass execution of the largest number of 21 Al-Shabaab terrorists accused of carrying out series of assassinations and explosions in Galkayo city since 2008.

Al-Shabaab has recently increased its attacks on government-controlled areas amid ongoing military operations in parts of southern Somalia, mainly in the Middle Shabelle region near the capital, where hundreds of militants were killed in the few weeks.