The political situation in Mogadishu is worsening with each passing hour as Farmajo tries to hold Fahad Yasin in power after dismissal. 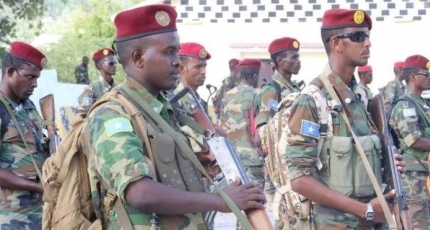 MOGADISHU, Somalia - Troops from the Presidential Guard unit seized control of the Ministry of Information and the state media shortly after the Prime minister fired the spy boss.

Multiple sources within Villa Somalia told Keydmedia English that the soldiers who raided the state media are loyal to Farmajo and were acting under a directive from the presidency.

The seizure came after the office of Farmajo learned that PM Roble was planning to address the nation over the escalating political tension that resulted from the sacking of Fahad Yasin.

The prime minister who is responsible for the security of the country has sacked NISA head, Fahad Yasin, in response to his failure to bring a complete report on the case of Ikran Tahlil.

Farmajo, whose tenure expired in February of this year rejected the dismissal and termed it as illegal and unconstitutional in what could be the start of a power struggle in Somalia.

Meanwhile, the opposition candidates and Jubaland threw weight behind Roble, telling the outgoing president Farmajo "hands off the country's affairs" since he has no mandate to rule.