The outgoing Somali president lost the trust and support of the people of Somalia during his presidency. 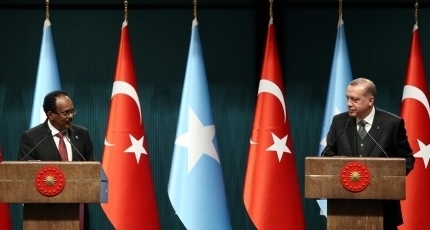 MOGADISHU, Somalia - The embattled outgoing Somali president Mohamed Abdullahi Farmajo is scheduled to leave the country for Turkey this week after receiving an invitation from Erdogan to attend the Antalya Diplomacy Forum.

Turkish President Recep Tayyip Erdogan will open the two-day forum [June 18-20] with the attendance of more than 1,000 guests, including heads of state invited to the annual event dealing with global issues.

Diplomatic sources revealed to Keydmedia Online that Erdogan has turned down a request from Villa Somalia to meet with Farmajo at the end of the Diplomacy Forum as he is no longer the Somali president.

Erdogan who is an important friend of Somalia showed he is not ready to waste time with a term-ended leader who is seeking Turkish support for his re-election bid in the upcoming election due in July 2021.

As Africa is of particular importance at Antalya Diplomacy Forum, Kenya’s President Uhuru Kenyatta is set to be in attendance with reports that he will hold talks with Farmajo after Qatar’s emir request.

Kenya and Somalia are embroiled in a dispute over their Indian Ocean maritime boundary, a case that ICJ is expected to decide on the final verdict soon following a two-day hearing in March 2021.

Ankara has opened its largest overseas military base in Mogadishu in late 2017, where Somali soldiers are being trained under a defense pact between the two countries, which enjoy a good bond of ties.

President Erdoğan visited Somalia twice in 2011 during the famine, becoming the first leader outside Africa to visit the country and 2016, at a time Turkey’s largest Embassy Complex in the world was inaugurated officially in Mogadishu.