Though lawmakers promised accountability in the immediate aftermath of the ambush, a report from the Center for a New American Security found that few improvements had been made to the oversight process by 2020. 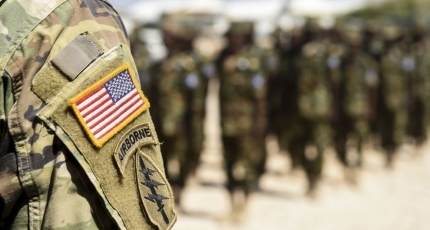 After a wave of U.S. airstrikes against jihadist groups in the Horn of Africa this summer, U.S. officials have made their way to Mogadishu to show their support for Somalia's embattled central government. Lt. Gen. Michael Langley, the newly appointed commander of U.S. Africa Command, the division of the U.S. military focused on operations in Africa, made a visit to Mogadishu earlier this week to meet with Somali defense and security officials.

The visit comes as al-Shabab, a terrorist group affiliated with Al Qaeda, has resurged in strength and reach in the country by waging new and brazen attacks against civilians in Somalia, and as the Biden administration reverses a Trump-era withdrawal from the East African country.

Back in May, the Biden administration announced that 500 U.S. soldiers would return to Somalia as a "small, persistent military presence." U.S. officials have maintained that military operations in Somalia have been limited to support roles for the country's central government. "We provide #security assistance that strengthens Somali [and African Union] partners as Somalia assumes full responsibility for protecting the Somali people from extremist violence and extortion," the U.S. Embassy in Mogadishu tweeted during Langley's visit.

That said, U.S. forces have taken on a greater role in maintaining security and stability within Somalia in recent months. Over the summer, the U.S. military carried out several drone strikes against al-Shabab targets, killing dozens of suspected al-Shabab members.

The resurgence of al-Shabab in recent months can be attributed to instability in the region caused by neighboring Ethiopia's ongoing civil war. Last month, al-Shabab invaded Ethiopia's northern provinces, inflicting heavy damage on Ethiopian forces. On August 22, al-Shabab fighters also laid siege to a hotel in the heart of Mogadishu, killing more than 20 people and injuring over a hundred.

The redeployment of troops and these recent airstrikes represent the latest episode in a 15-year U.S. intervention in Somalia done entirely without congressional approval. Though U.S. troops mostly withdrew from the country following the 1993 Battle of Mogadishu, during which Islamic insurgents shot down Black Hawk helicopters and embarrassed the Clinton administration, the Bush administration returned to Somalia in 2007 as part of its global war on terror.

The Biden administration's renewed commitment to Somalia also comes as it draws down other fronts in the war on terror and Africa becomes a growing priority in broader U.S. military and diplomatic strategy amid the rise of China and Russia on the continent.

Almost exclusively, U.S. military actions on the continent have occurred without much congressional consultation. When four Green Berets were killed in an ambush in Niger in 2017, many prominent lawmakers reacted with surprise at learning that significant numbers of U.S. troops were even deployed in Western Africa. "I didn't know there were 1,000 troops in Niger," Sen. Lindsey Graham (R–S.C.), who served on the Senate Armed Services Committee at the time, said on NBC's Meet the Press.

While the Obama administration informed Congress that the U.S. would be sending troops to Niger, little congressional oversight followed as U.S. engagement there increased, creating a disconnect between Congress and the White House. As with this summer's airstrikes in Somalia, no explicit congressional authorization existed for those deployments either.

Though lawmakers promised accountability in the immediate aftermath of the ambush, a report from the Center for a New American Security found that few improvements had been made to the oversight process by 2020. With the Biden administration not backing down from its redeployment plans anytime soon, a lack of reform could have unfortunate consequences.