UNSC: A source of support for a terrorist group in Somalia

Last week, 11 member states of the Security Council voted in favor of a resolution extending the arms embargo on Somalia that was imposed in 1992. 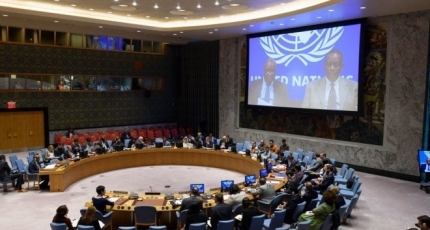 NEW YORK, USA - The United Nations Security Council has become an impediment to efforts to rebuild the Somali National Army [SNA], which is currently at war with Al-Shabaab terrorist group.

Last week, 11 member states of the UN Security Council voted in favor of the 751 resolution extending the arms embargo on Somalia that was imposed in 1992, a year after the civil war broke out.

The vote showed that the council indirectly supports Al-Shabaab as the government of Somalia is spending blood, time, and money to defeat the terrorist group and liberate the whole country.

Russia, China, Gabon, and Ghana abstained in support of the call by the Somali government, backed by the African Union, to lift the arms embargo which is preventing SNA from being equipped.

The president of Somalia Hassan Sheikh during his September visit asked the Biden administration for the support in the fight against the terrorist groups - Al-Shabaab and ISIS to restore peace.

Al-Shabaab has been a potent threat to Somalia for the past 15 years and caused havoc in the country and carried out attacks in the neighboring nations, including Kenya, Ethiopia, and Uganda.

Al-Shabaab buys modern arms from Yemen and has also seized weapons from AU forces after attacking their military bases. The SNA which is now under rebuilding can not acquire sophisticated weapons due to the UN arms embargo.