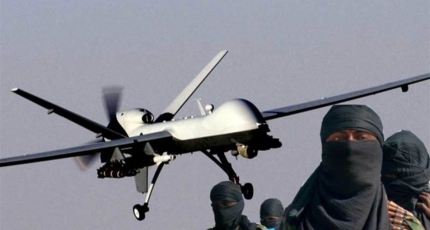 MOGADISHU, Somalia - The US military has conducted a drone strike against the Al-Shabaab group in Somalia, the third in the Horn of Africa country since last month.

Tuesday's airstrike was carried out in support of Somali forces after their military base near the village of Amara came under an Al-Shabaab attack early in the morning.

The state-owned media reported that a number of Al-Shabaab members were killed in the assault which comes amid fighting in the south of the conflict-hit Mudug province.

US troops have been providing assistance to Somali forces on the ground as the battle against the Al-Qaeda-linked militants expanding to several regions in the country.

The US resumed airstrikes against Al-Shabaab in Somalia just after Biden came to power early this year and it comes amid warning of a growing threat from the terror group.

Washington says is mulling to send American troops back to Somalia in the coming months after Al-Shabaab posed a potent threat to the security of East Africa, including Kenya.

The counter-terrorism operation was suspended and US special soldiers pulled out in January under the executive order of Trump that was issued shortly before he left the White House.