Al-Shabaab fires mortar shells at AU military base in Somalia

Al-Shabaab claimed it has killed several African Union soldiers in the attack against the AMISOM base in the Middle Shabelle region. 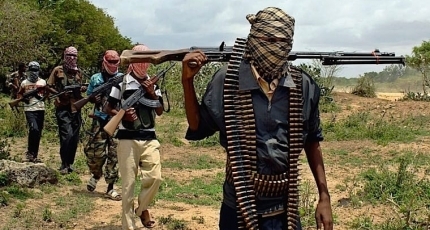 MOGADISHU, Somalia - Al-Shabaab militants are reported to have carried out a mortar attack on an AMISOM base in Burrane near Mahaday district in the Middle Shabelle region.

local residents said the terrorist group has fired at least 10 shells at the military camp which houses hundreds of Burgundian soldiers serving under the AU mission in Somalia.

Burundian forces have responded to the Al-Shabaab shelling with artillery fire that caused civilians casualties in the rural villages around Mahaday town, according to the inhabitants.

Al-Shabaab said in a statement that several AU soldiers died in the attack but didn't give further details on the figures. The security at the base was tightened following the shelling.

This was the second attack this month against the AMISOM base in the region. Last week, the militant group attacked AU troops stationed in El-Baraf area using mortar bombs.

Burundian troops are the second-largest contingent in AMISOM after Uganda which contributed more than 6,000 soldiers to the AU mission in Somalia began in March 2007.

AMISOM forces made up of 22,000 soldiers failed to drive out Al-Shabaab from the entire regions in the south and central Somalia during the 14-years of operation funded by the EU.