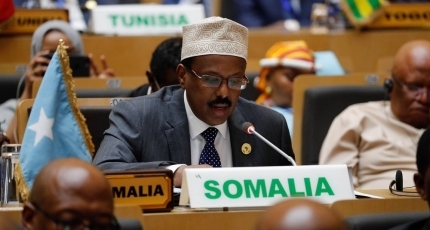 MOGADISHU, Somalia - The Outgoing Somali President Mohamed Abdullahi Farmajo is scheduled to attend an emergency (IGAD) summit on the ongoing crisis in Sudan and Ethiopia.

The meeting which will bring together IGAD Heads of State and Government on November 15 in Kampala, the capital of Uganda will seek a lasting solution to the conflict in Ethiopia.

This year's conference will focus on the political crisis in Sudan following the Oct 25 bloodless coup that led to nationwide protests against the military rule in the long-chaotic country.

Somalia's Foreign Affairs Minister Mohamed Abdirizak said that the conference will discuss how to agree on the situation in the region, especially the issues in Ethiopia and Sudan.

Speaking to the BBC Somali Service, the minister said IGAD is deeply worried about what is happening in Ethiopia, as well as the impact it could have on the neighboring countries.

Heavy fighting is raging in Ethiopia between the TPLF, and the government led by PM Abi Ahmed, a close ally of the term-ended Somali President, who is facing a difficult situation.

Somalia itself faces security, political challenges, and Al-Shabaab threats as it still relies on African Union forces to protect the weak government and the financial resources.

Williams pointed out other problems that plagued the training mission such as the inability to pay stipends to trainees, the lack of field mentoring, and a failure to monitor and assess Somali trainees after SNA had deployed them.

UPDF to stay in Somalia despite end of AMISOM mandate