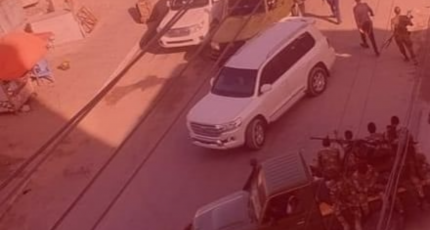 MP Abdirizak Mohamed has urged Somali prime minister Mohamed Hussein Roble to launch a thorough and swift investigation into the attempt on the life of the 8th president, who is currently vying for the top seat.

Top officials, including ex-spy chief Sanbalolshe and the security minister, were traveling in convoy and all accounted for and are safe. This comes as the country is in an electioneering period and security is fragile.

“The PM must investigate the assassination attempt against the ex-president. I myself was traveling with the president along with former chief of NISA Sanbalolshe,” the opposition legislator in a Twitter post.

“This is an unacceptable provocation against the president,” he added.

Mogadishu is prone to violence as the national army spit into clan lines and the opposition presidential candidates are having their own forces in control of parts of the capital.

During Farmajo’s presidency, there have been several attacks on former leaders such as Hassan Sheikh and Sheikh Sharif as well as the main opposition figures, including Abdirahman Abdishakur Warsame.

The outgoing president used the intelligence agency and the Turkish-trained Haram’ad police to silence the dissent voices and oppress the media and journalists for their critical reporting.