On Wednesday, the regional state said 50 militants, including foreign fighters with Al-Shabaab, were killed in a fresh airstrike. 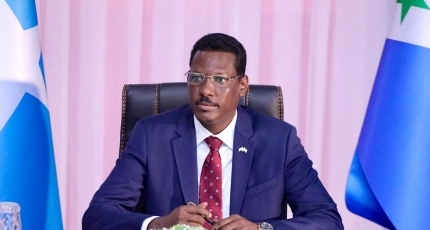 DHUSAMAREB, Somalia - Galmudug presidency has issued a statement announcing a big victory gained by the Somali government forces and the regional troops in a weeks-long battle against Al-Shabaab in parts of the southern Mudug region.

The statement obtained by Keydmedia Online says the allied forces have inflicted irretrievable losses on Al-Shabaab and liberated several key areas, including Ba'adweyne and Amara towns during the latest operations.

"The operation was successful as our gallant soldiers liberating key bases from Al-Shabaab. On July 20, an airstrike took place in the southern Mudug region in collaboration with the SNA's Danab Commandos and Galmudug forces," reads the statement in part.

The office of Galmudug added that the purpose of the aerial bombardment was to protect the brave armed forces from the enemy attack and no civilians were injured or killed in the self-defense raid that left Al-Shabaab 50 militants, including three foreign fighters dead.

Galmudug said it is committed to continuing the operation to make sure its people are free from Al-Shabaab's cruel actions in the central Somali regions, where the group has presence. 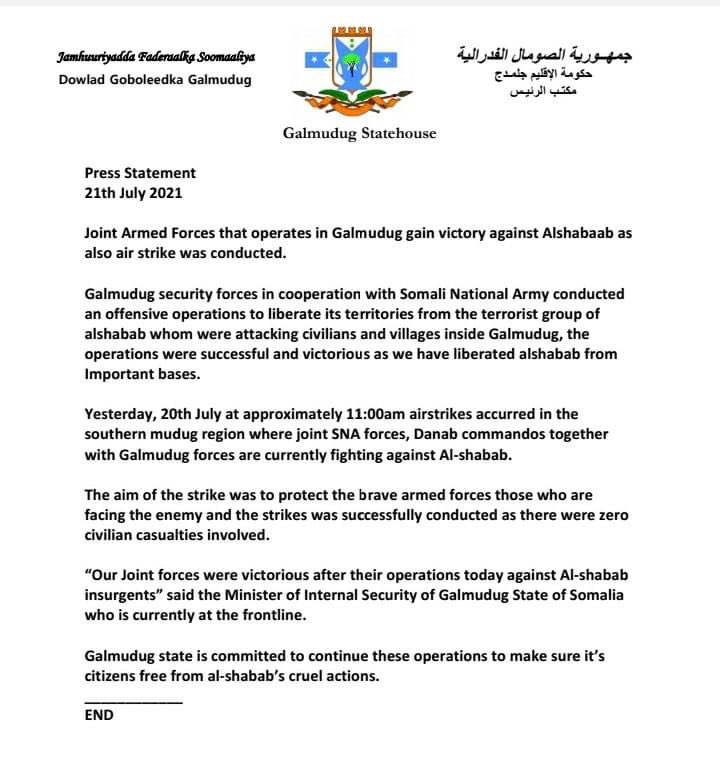