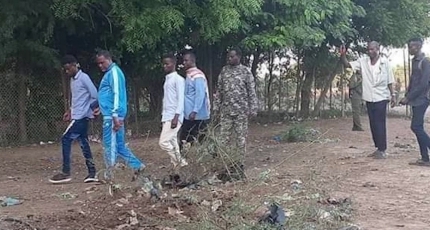 JOWHAR, Somalia - Two members of the HirShabelle state parliament were injured last night around 2 a.m, in a landmine blast in Jowhar city, about 90 kilometers away from Mogadishu.

The lawmakers were on their way home after returning from a ceremony in Jowhar to mark the fifth anniversary of the formation of the HirShabelle regional administration.

The IED attack on the regional lawmakers came just days after the city hosted the election of 11 members for the upcoming Upper House chamber of the Somali Federal Parliament.

For the past years, Jowhar was the scene of frequent Al-Shabaab attacks and assassinations against HirShabelle officials, security force members, and MPs due to lax security.

No group has claimed responsibility for the bombing, but it bore the hallmarks of previous Al-Shabaab attacks in Mogadishu.

Death toll rises to 20 after blasts in central Somalia